Thirty-five years ago, one of our contributors remembers walking by the old 23rd District (now the 19th District) police station at Halsted and Addison and seeing a man wearing a dress being taken from a squad car. He was being verbally harassed with homophobic slurs by officers standing outside smoking, as well as the ones taking him into custody. It's a memory that tends to stick. 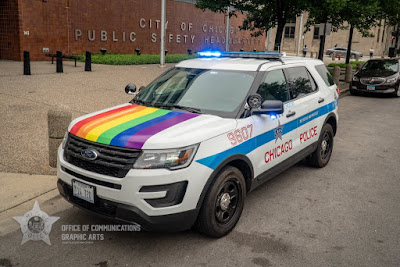 Today, in contrast, it is very encouraging to see this on the 19th District's Twitter feed: