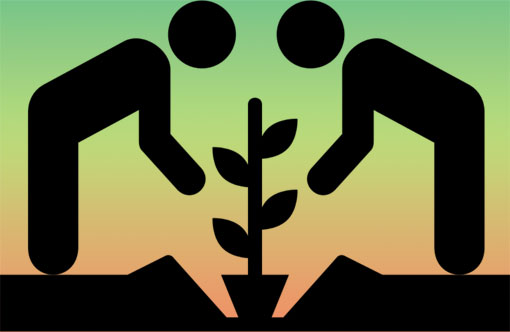 The funds would be used by NeighborSpace land trust for the installation of raised garden beds, seating, a walking path, signage, trees, a shade structure, and bike racks. The .26-acre site, adjacent to Uptown’s former Graeme Stewart School, would be managed by the Peterson Garden Project in partnership with NeighborSpace.

The other three open space projects are the Veteran’s Peace Garden, 5413 W. Madison in Austin; 4546 N. Kedvale in Albany Park for a future park; and 1544 N. Larabee in Old Town to create a new access point to the athletic fields at Near North High School.

According to Peterson Garden Project, the Grow Uptown garden is a partnership between Alderman Cappleman, Morningside, Uptown United, Uplift High School, Heartland Health Center, and NeighborSpace, with produce donated to Inspiration Cafe as part of the "Grow to Give" program
By Sonny Side Up - March 05, 2018