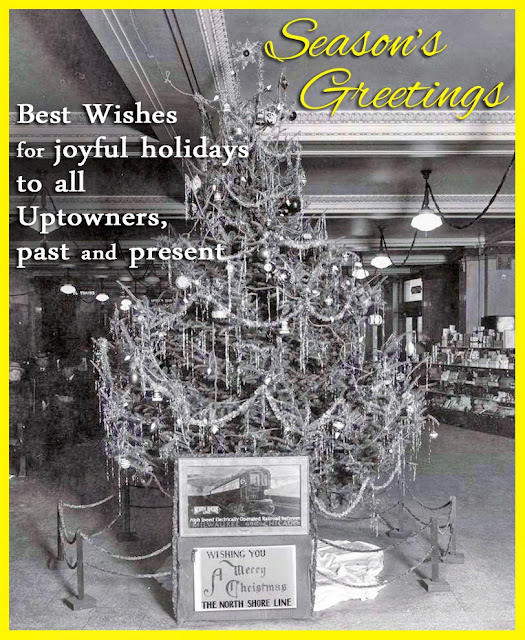 The Gerber Building opened in 1925 at Broadway and Wilson as the North Side's version of Union Station. This is what its lobby looked like at Christmas 1926.

91 years later, the building is undergoing a massive rehab and its exterior has begun to reflect the same grandeur that it had when it opened in during Uptown's heyday. It is no longer a station lobby -- the trains have moved a half-block west -- but it will become retail space for a tenant soon to be announced.

Now owned by the CTA, the Wilson Lobby/Gerber Building has been a part of Uptowners' lives for nearly a century. We can't wait to see what its future holds.