Three Shot, One Dead, At Lawrence and Broadway (Updated) 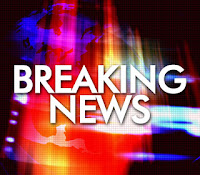 There was a shooting tonight shortly after 8pm on the 4700 block of Broadway. Three people were shot, including a 12-year-old boy, and one man has died.

Fire Department paramedics and police have the intersection blocked off.

According to Ald. Cappleman, security camera footage is being obtained and reviewed.

The helicopters hovering overhead are from local news stations.

More details as we get them.

Update: According to an interview with 19th District Commander Marc Buslik, the shooting took place inside Starbucks around 8:10pm. There had been a foot chase on Broadway, and the commander stated it was over a drug deal gone bad elsewhere. The man who was shot, and later died, ran inside Starbucks to get away from the man chasing him. The shooter -- who was a slim man dressed all in black and wearing a mask or ski mask -- walked inside the door and opened fire.

The man who was being chased died of his wounds. Another man was also critically injured inside Starbucks and taken to Illinois Masonic. It is unknown if he had any relationship to the man who was killed. A 12-year-old boy was also shot, and is in serious but stable condition. He was taken to Lurie Children's Hospital.

The shooter ran south on Broadway and as of this time (10:15pm) no one is in custody.