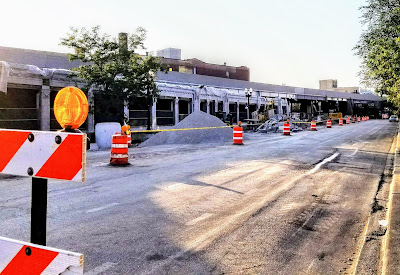 After three years, work on the Wilson Red Line project is drawing to an end. Just a few more weeks until completion of the tracks and station! These are the latest closures and progress report their representative has sent us:

"Things are moving at a fast pace in advance of the fall station opening.

After Friday night's closure, we are anticipating more night work over the weekend of 9/15-9/17,  in order to put the finishing touches on new track 4.