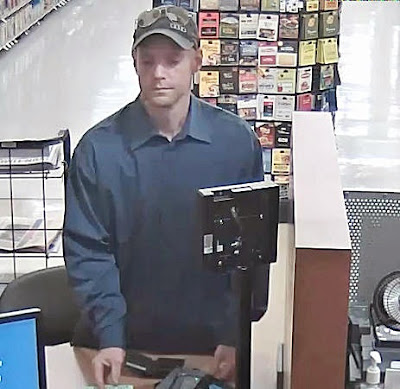 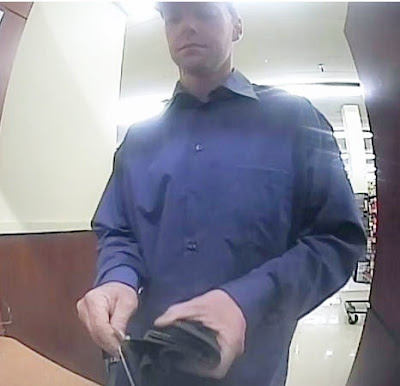 Just a few weeks after the FBI arrested a man suspected of robbing TCF Banks located in Jewel-Osco stores, the TCF branch inside the Jewel at Montrose and Sheridan got robbed today. Again.

The suspect is believed to be the same man who robbed two banks earlier this week, both Byline Bank branches in Lakeview.

The robbery took place at 4:11 this afternoon. The suspect is described as being 5'11" to 6'1" tall. He is a white man of medium build. He was wearing a dark blue button-down jacket, a camo-print baseball hat, and had sunglasses with him, but he didn't wear them. They were perched on his hat's bill, leaving his entire face exposed.