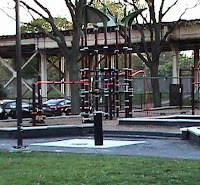 "Many thanks to the folks at SSA #34 who just approved our grant request and will be major sponsors of our summer fun in Buena Circle Park (Kenmore & Buena). Mark your calendars and come on out:
* Frieda Lee was scheduled to appear last year, but her show was canceled due to infrastructure work at Buena Park Circle. Now that the renovations are complete, we urge you to come see one of Chicago's jazz legends. She's a former Buena Park resident who has performed at the Kennedy Center and opened the Jazz Festival. We eagerly anticipate her performance!
By Kate Uptown - May 23, 2017