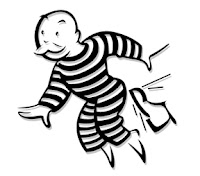 Ald. Cappleman will hold a press conference at 10:45 today, prior to a hearing on the matter in front of the Committee on Public Safety at 11am.

The resolution mentions that Cook County Jail is reportedly the institution housing the highest number of people with mental illness in the United States.

The press release states: "People with severe mental illness are released from incarceration with no official identification in hand, no source of income or funds in place, no support system in place, no immediate access to psychotropic medications, and no housing in place.

"This very complex issue of reducing jail recidivism must involve local, county, and state governments working together to create a collaborative plan among all repeat offenders, but particularly for those living with a co-occurring severe mental illness and substance use disorder."

A copy of the resolution is here. A study by the Urban Institute provides supportive evidence about the cycle of arrest, incarceration, and release that occurs with many mentally ill individuals involved in the criminal justice system.
By Kate Uptown - May 23, 2017