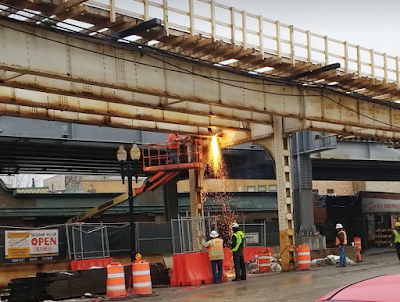 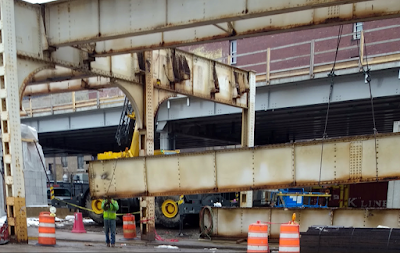 We've been waiting for this! The final set of train tracks are coming down on Broadway. Thank you to reader JF for capturing today's action. The tracks were built in 1907 and 1908, and their support pillars have obstructed the traffic flow on Broadway ever since.

To put it in perspective, the tracks were built during the only two years the Cubs ever won the World Series prior to last year. The tracks pre-date Wrigley Field by several years -- it wasn't built until 1914.

The tracks gave Uptown long and distinguished service, but their job is done. Buh-bye!
By Kate Uptown - March 17, 2017