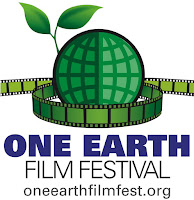 ICA is partnering with the One Earth Film Festival for its 6th season and will be showing two films during the two-week-long festival. Join the ICA at 4750 N. Sheridan Rd. for one or both films to learn more about environmental sustainability and ways that you can take local climate action.
After each film, attendees have the opportunity to dialogue with the filmmakers and local resource people to connect to ways to take action on the film’s message. Light snacks and refreshments will be provided. The films are free, with a suggested $6 donation.
By Kate Uptown - February 22, 2017