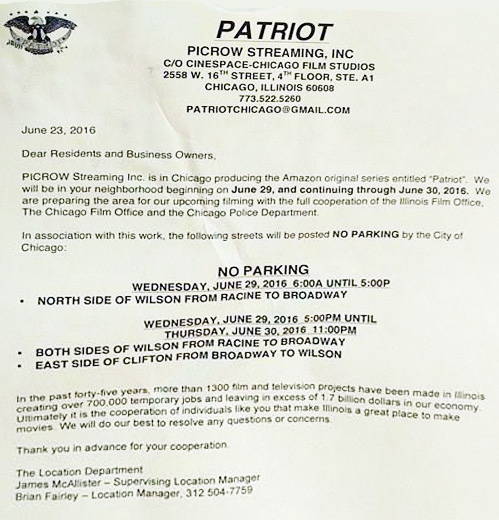 Some parking restrictions in the Wilson/Broadway area Wednesday and Thursday for the Amazon original TV series Patriot. It's described by IMDB as "A dad who works for the U.S. State Department tries to keep the peace with his two sons, one who's a senator and the other a folk-singing Iraq war vet."

There will be no parking from 5pm today until 11pm on Thursday:
Update: Looks like the filming is taking place inside the Wilson Men's Hotel.
By Kate Uptown - June 29, 2016