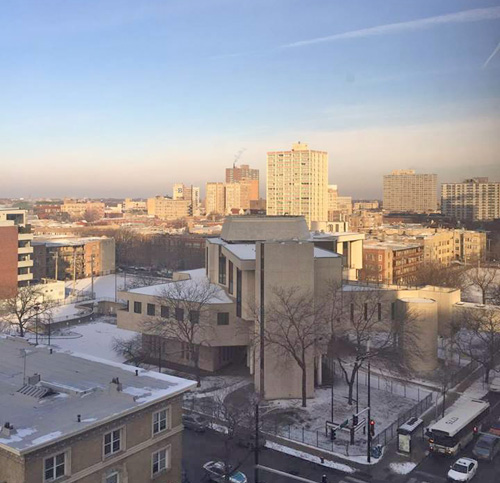 This afternoon the Finance Committee of the Chicago City Council approved Montrose-Clarendon Partners, LLC's plan to develop the Maryville property and to make improvements to the Clarendon Park Fieldhouse. Aldermen Osterman and Moreno voted against the plan; the rest of the committee members voted in favor of it.

One more affirmative vote is needed to give final and full approval to the proposed site development and fieldhouse improvements. That vote is expected to take place at the meeting of the City Council tomorrow.

Unsurprisingly, there was lively and lengthy testimony today, both pro and con, from those who attended the committee meeting as concerned citizens.

The Maryville project has been in play since 2008, when Sedgwick Properties Development Corp. signed a contract to purchase the property. In 2010, then-alderman Helen Shiller ushered through the Montrose/Clarendon TIF, which was intended to give Sedgwick $50 million for its version of the project, which would have included over 1,000 new apartments, a hotel, a health club, and a grocery store.

There've been a lot of changes to the plan since then. The only constant is that the buildings on the site and the Clarendon Park Fieldhouse have continued to deteriorate while various iterations of the development plan have come and gone.

This long saga may finally come to an end as early as Wednesday.