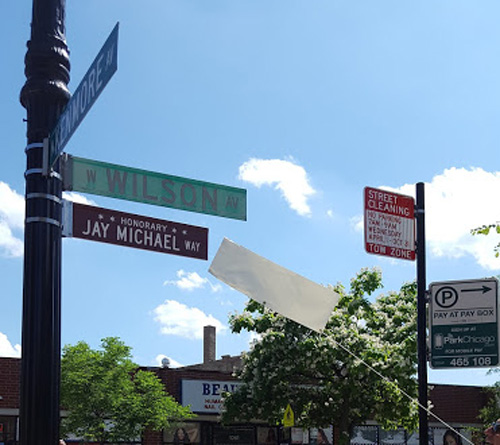 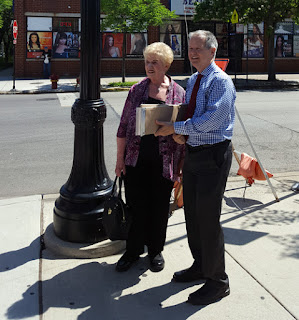 This afternoon the corner of Kenmore and Wilson became "Honorary Jay Michael Way," to honor the co-founder of Cedar Street/FLATS, who passed away in January.

The corner is an appropriate venue. It marks a combination of the new and old, a Cedar Street trademark. It's near the Wilson Avenue Theater, the historic building that Cedar Street bought at Jay's prompting after he heard rumors someone was going to buy it and turn it into dollar store. And it's right by the empty lot where Cedar Street will soon build an eight-story residential/retail building. 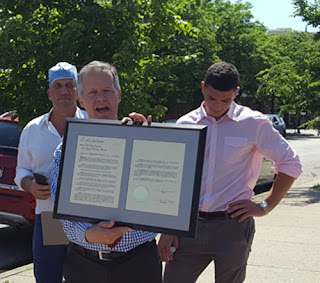 Jay's mother, Fran, was there to unveil the street sign, along with Jay's two brothers. A large crowd of friends, family, neighbors, and Cedar Street employees applauded during the brief ceremony.

Ald. Cappleman presented the family with replica street signs and a framed copy of the resolution the City Council passed honoring Jay at its meeting last month.

Jay died much too soon, but he changed Uptown in many ways with his creativity, energy, and philanthropy. A street sign in a most appropriate setting is a fitting way to remember him.
By Kate Uptown - June 15, 2016