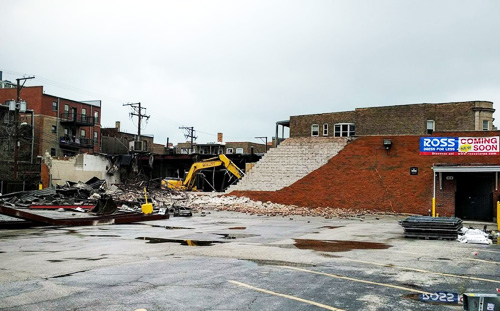 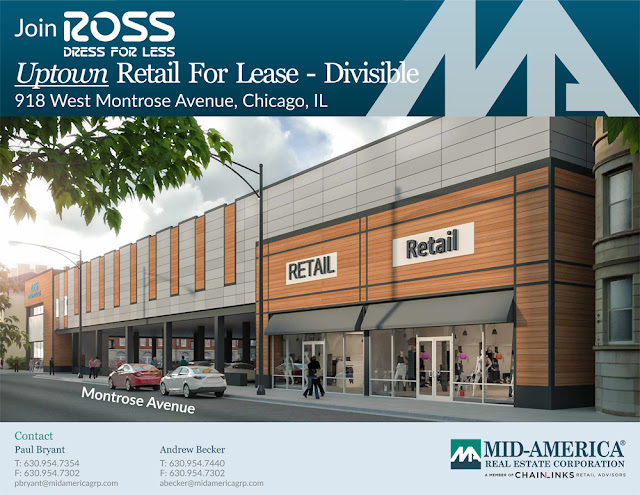 On Monday, a new construction permit was issued by city for 918 West Montrose, the future home of Ross Dress For Less and another to-be-announced retail store. (A demo permit had previously been issued.)

With that in place, no time was wasted and the former Dearborn Wholesale Grocers building started coming down today.

It seems like it took forever, but it was only nine months ago that Ross announced its intention to open on Montrose. Not a bad time frame for plowing through Chicago's red tape and waiting for decent weather. We look forward to watching the construction take place.
By Kate Uptown - April 06, 2016