Love Wins: Uptown Has More Same-Sex Marriages Than Anywhere Else In Illinois

What caught our eye was the graphic on where same-sex couples who got married in Cook County come from. Unsurprisingly, most are from Illinois, and from Chicago. The county clerk's office categorizes them by zip code. 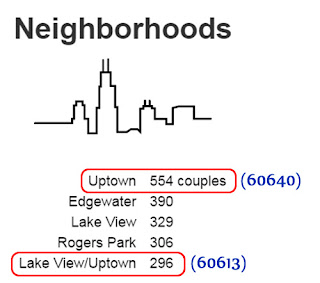 By comparison, "Since June 2014, Lake County has issued a total of 382 same-sex marriage licenses while Kane County handed out 360."