Got a Gripe With Lincoln Towing? Sign A Petition Urging Ald. Pawar To Investigate It 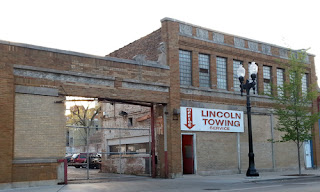 Everyone has a story about Lincoln Towing. Few, if any, of them are complimentary.

From the late 1960s, when Mike Royko did a series of columns exposing their less-than-honorable business practices, right up until today, the mere mention of their name causes even hardened Chicagoans to start spewing invective. Stories abound of damaged cars, illegal tows, and threats from personnel. Here's an encounter an Uptown Update reader had with them in 2012.

When the story broke this week about a North Center family whose car was towed from the parking space behind their home, and Lincoln Towing's insistence that they pay $200 to get it back, someone decided to do something about it.

Lakeview resident Basil Diab went to change.org and started a petition addressed to Ald. Pawar, in whose section of Uptown Lincoln Towing is located (4882 North Clark, for those lucky enough not to have paid them a visit).  In email, Mr. Diab says,


"I'm a native Chicagoan, so stories of Lincoln Towing date back to my childhood. For me, it was reading about the Old Irving Park family who had their car illegally towed from their own property this past week. ... It wasn't until the media stepped in that Lincoln Towing (sort of) admitted fault and returned the car to the family. The company changed their story as to the reason for the tow and instead blamed it on a new driver.

For me, that was a last straw, and I decided the time was right. After the parking meter deal, increasing crime and impending property taxes, I know Chicago residents are reaching a tipping point for their tolerance of abuse. So I took action."

The petition was put online on February 1st, and by evening on February 3rd, has reached just shy of 2,000 signatures.  In part, it reads:


"Given the insurmountable evidence, Lincoln Towing Company is a clear and dangerous nuisance to the Uptown Neighborhood as well as the other surrounding neighborhoods that have been victimized by its alleged practices of theft, fraud and safety endangerment. The citizens, visitors and consumers of the City of Chicago hereby petition Alderman Ameya Pawar (47th Ward) and the Chicago City Council to immediately suspend Lincoln Towing's business license until a satisfactory operational audit clears it of all allegations and it is found to be operating with acceptable standards, practices and ethics."

If you'd like to add your name, you can find the petition here.

My office will be introducing a resolution with Chairman Ariel Reboyras asking the ICC (tow truck regulator) to testify...
Posted by Alderman Ameya Pawar on Wednesday, February 3, 2016

It's obligatory at this point to add Steve Goodman's song about Lincoln Towing, called Lincoln Park Pirates. Just how long has Lincoln Towing been notorious? Well, Steve Goodman has been dead for more than 30 years and wrote the song in 1973.