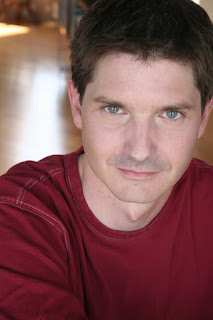 Uptown resident and actor Christian Gray (yes, that's his real name and he had it first) will be appearing at the historic Mayslake Peabody Estate in Oak Brook in Jeeves At Sea, the fourth installment of Margaret Raether’s adaptations of the stories of P.G. Wodehouse. The comedy will preview January 27-29, and will run January 30 through February 28, 2016. A complete schedule and ticket availability is here.

If you've never been to the Peabody estate, it's an added attraction. Built in 1920 by the founder of the Peabody Coal Company, the main home has 39 rooms and at one point was surrounded by more than 800 wooded acres. In 1924, after Francis Peabody's death, his family sold it to a Franciscan order of monks, who added buildings and converted the main home into a retreat house. First Folio Theater holds its plays in the main home.

If you're curious about the estate, walking tours are held most Wednesdays and Saturdays for $5. Make a day of it ... see the play (featuring your Uptown neighbor) and take a tour of a home that's on the National Registry of Historic Places right before the entertainment begins.
By Kate Uptown - December 29, 2015