Santa Comes To Uptown By Train and Bus Next Week

That Santa, he gets around. Chicagoans know he's an annual rider of the CTA buses and L.  Next week, he'll be around Uptown using both methods of transportation.

The CTA Holiday Train travels the Red and Purple Lines starting Tuesday, December 15th. No exact times have been released yet, but we'll post as soon as they are.  Here are the days to look for it:
CTA says:  "Travel Tips. To ensure everyone has an opportunity to see and take part in this annual tradition, here are a few suggested tips to make the most of your Sprint CTA Holiday Train experience: 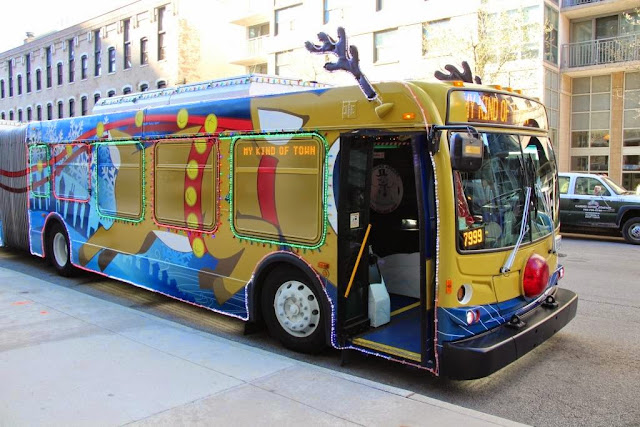 But wait, there's more! CTA is currently running the Holiday Bus on various routes around the city. It has a Ralphie the Reindeer wrap, a red nose that lights up, and antlers (antlers!!). But the best part is inside: Santa sits in the back next to a fireplace and decorated trees.

You can track it in real time using BusTracker to see its schedule. Its daily routes are here.

It will be in Uptown on Saturday and Sunday, December 19th and 20th: