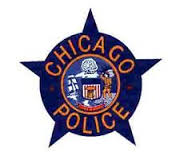 There were a lot of changes made in the command staff of the Chicago Police Department this weekend, per a press release sent out Sunday. The ones pertaining to Uptown are below. The press release detailing all the changes can be seen here.