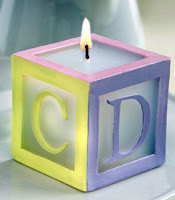 A 19-year-old woman living at 850 West Eastwood has reportedly confessed to severely beating her newborn daughter and leaving the infant outside in front of the building Wednesday night.

A commenter on UU's Facebook page wrote:  "She turned herself in the next day. Very scared, confused, depressed girl. Pray that it doesn't happen again to another girl. I won't pretend to understand what her thoughts were at the time. Perhaps the safe haven law should be part of high school ed."

The Crime In Wrigleyville Twitter feed says,
Update:  The Tribune confirms, although it says no charges have been filed yet.

Update:  DNAinfo says the woman is in custody and being questioned.

Update:  Just when you thought this story couldn't get more tragic, it does.  CBS is reporting that the mother threw the baby out of the 9th floor window, and that the motive for the child's murder was that her family disapproved of the pregnancy because the baby was mixed race. Heartbreaking, absolutely heartbreaking.
By Kate Uptown - November 13, 2015