When The Cubs Lived In Uptown, They Won The Pennant 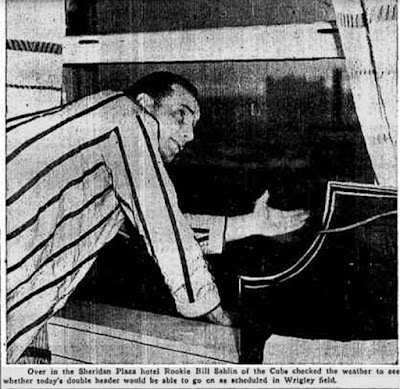 When the Sheridan Plaza opened in 1921, the luxury residential hotel was one of the most fashionable addresses in the city. In the 1920s, 1930s and 1940s, it was the setting for society weddings and elegant parties. Designed by Walter Ahlschlager, who also did the Uptown Broadway Building and the Peabody Hotel in Memphis, it was just a block away from Lake Michigan at that time. 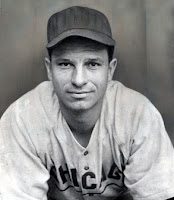 So it was natural that the local stars of the day would call it home. Many Cubs players lived there during the baseball season in the 1940s. As the Tribune tells it in a 1995 interview with teammates from the fabled 1945 pennant-winning team,


Half a century ago, gods walked the Earth--or at least the sidewalks of Uptown and Lakeview.

"[Claude] Passeau and I lived at the Sheridan Plaza Hotel at Wilson (Avenue) and Sheridan (Road), and we'd walk to the ballpark," said [Andy] Pafko, who now lives in a Chicago suburb. "I liked saving the streetcar fare because I was sending home money to help dad pay off the mortgage on the farm. Sometimes, fans would keep us company for a block or two."

UU Note: As long as we're talking baseball and local sites, this is weird. If you saw the movie or read the book The Natural, you'll remember an early scene in which a ballplayer is shot by a mysterious woman who came to his hotel room. That actually happened -- twice -- once on either side of Uptown.

In 1932, the Cubs' Billy Jurges was shot by Violet Popovich after breaking up with her. It happened in the Hotel Carlos on Sheffield, about a block and a half south of Irving Park. He survived; she went on tour as "The Most Talked About Girl In Chicago." Then in 1949, former Cub Eddie Waitkus was shot at the Edgewater Beach Hotel by a deranged fan, Ruth Anne Steinhagen. She was confined to a mental institution; he developed PTSD and suffered until his untimely death at age 53.
By Kate Uptown - October 20, 2015