Support Your Local Businesses During Construction 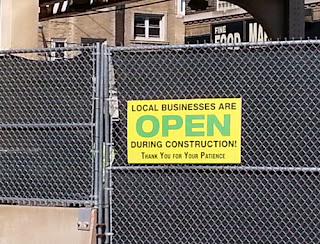 Navigating the construction around the Wilson L is just a part of life these days, and it's particularly rough on the mom-n-pop shops whose customers don't have normal access to them. Please be sure to patronize the stores on the 4600 block of Broadway, and on Wilson between Broadway and Clifton. Small businesses are the lifeblood of any community, including ours. Some of these shops have been around for decades, taking a chance on Uptown when few would. Please be sure to give them your patronage during these challenging times.