Carjacking Suspect Returned To Illinois To Face Charges, Including Murder 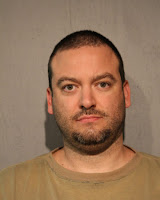 You may remember a carjacking spree that started in Uptown in December 2013. Rockie Douglas of Beach Park, Illinois. allegedly encountered a middle-aged woman at Irving Park and Broadway and took her minivan. The next day he was confronted by police on the South Side and  -- again, allegedly -- took off, causing an accident that killed an 11-year-old boy, Donovan Turnage, a passenger in his father's SUV. Police say Douglas carjacked at least two other vehicles while evading police, on a wild day that included a wrong-way pursuit on the Dan Ryan Expressway. Four days later, Douglas was arrested at a McDonald's drive-thru in Milwaukee.

He's apparently done serving his sentence in Wisconsin, and has been extradited from the correctional facility there to Illinois, where he'll appear at 26th and California in bond court Wednesday. He's got quite a laundry list of serious charges pending:  one count of Murder – Strong Probability of Death / Injury; one count of Murder – Other Forcible Felony; one count of Vehicular Hijacking – Agg – Weapon; and one count of Possession of Stolen Motor Vehicle.

He's lived in Glencoe, Beach Park, and Wisconsin, and his only connection to Uptown seems to be the carjacking of which he is accused.
By Kate Uptown - October 07, 2015