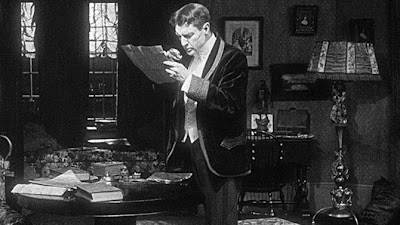 Sherlock Holmes, the silent movie filmed at Uptown's Essanay Studios a century ago and considered lost for most of the time since then, will be returning to the Chicago screen in October as part of the Chicago International Film Festival. If you missed the screenings in Northbrook earlier this month, you can catch it on Saturday, October 24th, at 3pm downtown. Ticket information is here.

Previous articles on its history, rediscovery, and restoration: