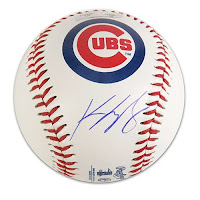 One of the cooler things about having the Cubs as a neighbor to your block club is that they tend to give good gifts.

Such is the case with the Buena Park Neighbors' general meeting on Monday, September 28, when an autographed baseball will be raffled off among attendees.  It takes place at 7pm at The Shift, 4101 North Broadway.  Besides the awesome swag, it's a chance to meet new neighbors and talk about neighborhood issues and businesses.

Featured speakers will include:
Following the presentations and discussions, everyone is invited to stay for refreshments and socializing.
By Kate Uptown - September 25, 2015