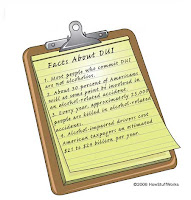 Fasten your seatbelt, have a designated driver if you plan to drink, and be sure you've got your car insurance and registration with you. That should be every time you drive, but especially tonight, when the CPD's DUI Strike Force will be out in the 19th District (Fullerton to Lawrence, the lake to the river). The Strike Force begins at 7pm tonight and ends at 3am Sunday.

In addition, the Breath Alcohol Testing (BAT) Mobile Unit may also be deployed to allow officers to expedite the process of charging a person with Driving under the Influence (DUI) prior to transporting an alleged into the nearest lockup for bonding. The mobile unit also allows for Individual Recognizance Bonds (I-Bonds) to be issued at the site of the DUI Strike Force Patrol."
By Kate Uptown - August 01, 2015