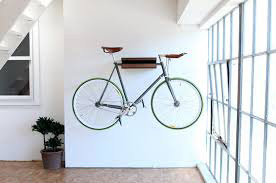 With a $200-million rehab of the Wilson el happening right now and plenty of empty spaces on the blocks surrounding the Red Line, "transit-oriented developments" (TODs) are something we've heard a lot about, and will hear a lot more about. Basically, TODs offer incentives to developers who build close to public transit. So this could be a real game-changer for the areas located within a quarter-mile of Metra and el stations, if it happens.

Per a press release from the city today, the city is proposing that TODs get a big boost, with expanded TOD zones, fewer parking requirements, and increased incentives for developers who include affordable housing units in the new buildings. Here are excerpts from the press release:

Reform Would Add More Than $400 Million to Local Economy Annually


Mayor Emanuel announced today that he will be introducing at the July 29 City Council meeting a transit oriented development (TOD) reform ordinance that would create incentives for more development near Chicago Transit Authority (CTA) and Metra stations.  The new ordinance builds upon the Mayor’s 2013 TOD ordinance by expanding the size of the TOD zones, eliminating the parking requirements in these areas altogether, and adding new incentives for affordable housing. According to a preliminary analysis by the Metropolitan Planning Council (MPC), these reforms would generate more than $400 million in economic activity and $100 million in tax revenue for the City and its sister agencies each year. The MPC analysis can be viewed HERE.


The proposed ordinance will encourage mixed commercial and residential use developments near transit stations. These developments will expand access to transit, bring new amenities to neighborhoods, and foster economic growth across the city. It will make the following enhancements to the zoning code:
“I have continually promised to bring more positive changes to my ward and one want to do this to capitalizing on the building boom taking place throughout Chicago. For this and other reasons, zoning is especially important now, and working with Mayor Emanuel and my colleagues in City Council we can bring more development to my Ward and across our city and as importantly, generate needed revenues,” said Alderman James Cappleman (46th Ward).

According to the MPC, the Mayor’s reforms would generate more than $400 million in economic activity and $100 million in tax revenue for the City and its sister agencies each year. The MPC’s analysis also evaluated the economic and housing impact by neighborhood.

“Streamlining approvals and expanding incentives for development near transit is a zero-cost way for the City to deliver what people are clamoring for: more places to live, work and shop within walking distance of train stations,” said MarySue Barrett, president, Metropolitan Planning Council. “By increasing incentives for proposals that include affordable housing, the City is clearly signaling that Chicagoans of all incomes should have opportunities to enjoy the benefits of living and working near transit.”

Prior to 2013, the City’s zoning code did not promote development around transit stations. In 2013, the Emanuel Administration passed an ordinance that provided new zoning incentives including reduced parking requirements and greater height and density bonuses for projects near transit stations. To be eligible for the incentives, projects needed to be either within 600 feet of a transit station or 1200 feet of a transit station along a pedestrian-designated street. To date, the ordinance has facilitated the development of eight projects worth more than $132 million, creating nearly 1,000 construction jobs and 100 permanent jobs. Promoting TOD will drive additional economic development to neighborhoods.

Definitions:
Remember, the city and state are broke. Services are being cut. Pension payments that were kicked down the road by previous administrations are looming. If we want money for the city to function, for programs to not be cut, taxes will have to be generated.  If, as MPC projects, this can raise $100-million for the city annually, we like it.  It's not comfortable, it's not what we're used to as Chicagoans, but there's going to be a lot of that going on in the future. This doesn't raise our taxes as homeowners and renters while having the potential to raise money for the city, and it provides affordable housing near public transit. If it goes through, and if it works as projected, we like it.

Update:  The text of the entire press release we've excerpted from is on Ald. Cappleman's website.
By Kate Uptown - July 27, 2015