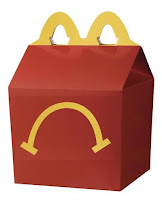 Tonight at 5:45pm, in front of a crowd of onlookers and several police officers who were already on the scene, there was a drive-by shooting at Wilson and Sheridan.  A woman standing in front of McDonald's was struck in the elbow by shots fired from a silver Nissan.  It's not known whether she was the intended target.  She was taken to Illinois Masonic, where she was said to be in good condition.  The Nissan, which was heading east on Wilson, made a turn onto northbound Sheridan after the shots were fired. Police pursued it, and it's not known whether they were able to apprehend the suspects.

The "Pride on Montrose" festival returned to Montrose Harbor this year and took place without incident.  At one point, the police stopped cars from entering the park because it was so full.  The festival let out around 8pm, and Wilson Avenue was closed so that the large number of festival attendees could get quickly to the Red Line from the park.  Once they were there, there were a few incidents that necessitated the police getting involved, including one where 50 members of the crowd got into the intersection in front of the station and started throwing punches.  The police got it quickly under control, and by 9:30, everything was back to normal.

It was a beautiful day, spirits were high, and the parade and festival were joyful.  Uptown had a huge police presence, with police vehicles at each intersection on the main streets.  But the violent incidents that always seem to come post-parade are frustrating and unnecessary.  It's been worse in previous years, and we're glad to hear that the shooting victim wasn't badly hurt.

A day about love and acceptance shouldn't end in violence, and we hope that someday we get the chance to experience a Pride Parade unmarred by such idiocy.
By Kate Uptown - June 28, 2015