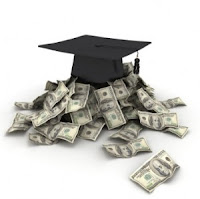 Update:  Rally Canceled.  Because of this.

It's something when nearly every elected official in an area agrees on an issue.  In this case, it's opposing the proposed move of a charter school into the facility that will be vacated by Lycée Français de Chicago. Noble Academy, a charter school, wants to move into the space at 640 West Irving Park Road.

In short, the objections are that none of the five public schools in the area are overcrowded, and two are extremely underutilized (including Uplift, which is at only 37% of capacity, and Sullivan, which is at only 54% capacity).  For each student who enrolls in a public school, it receives $5200 from CPS. If they choose a charter school, that money goes to it instead.  With budget cuts everywhere, the loss of students can mean a huge financial blow to a public school, which opponents of charter schools say can lead to a worse education for the students there.

While the Board is making up its mind, parents of public high school kids are passing out fliers opposing the charter school, and there will be a rally later this month.  Ald. Cappleman sent out a notice today:


"On June 24, Noble Academy charter school will be submitting a proposal to CPS to move one of their high schools to a new location at the NW corner of Irving Park & Lake Shore Drive. I am unequivocally opposed to having a charter school in the 46th Ward and will be actively opposing this move.

This school is a threat to our community. The real solution is to focus our resources on our current neighborhood schools. Noble will only drain our local schools of necessary support to continue the forward strides we have seen in the past few years.

I am asking you to stand with me in defense of our neighborhood schools. Every student in the 46th Ward and the City of Chicago deserves quality education in their neighborhood which is threatened by charter schools. I want you to join me, parents, children, teachers, principals, neighborhood activists, and other state and city elected officials to send CPS a clear message that we oppose having a charter school move into Uptown.

Please come to this event and spread the word to your neighbors!"