Next Monday At The Bezazian: Total Eclipse, Part of Pride Month Festival 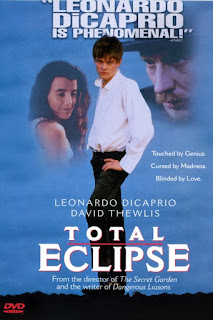 The Queer Film Society, in association with The Chicago Public Library, present The Love That Dare Not Speak Its Name, a free series celebrating Victorian era LGBT movies in honor of Gay Pride month. The series comprises four free screenings taking place on the first four Mondays in June – at the Bezazian branch at 6pm (doors at 5:30pm). All the screenings will feature discussion following the film.  The Bezazian is located at 1226 West Ainslie, and there is a small parking lot on Magnolia.

Next Monday, June 22nd, 6pm-8pm:  Wilde (1997). A superbly acted recounting of the complicated life of the legendary English writer, renowned wit, and gay icon Oscar Wilde, his headline-making exploits and his infamous affair with Lord Alfred Douglas and the ensuing scandal that erupted because of it. Stephen Fry is mesmerizing as Wilde, Jude Law is his young, petulant lover, and Vanessa Redgrave, Jennifer Ehle, and Tom Wilkinson round out the cast.
By Kate Uptown - June 12, 2015