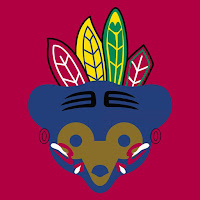 Update:  Cubs are postponed, other restrictions remain in place. "Tonight’s 7:05 p.m. game between the Chicago Cubs and Cleveland Indians at Wrigley Field has been postponed due to inclement weather. The game will be made up Monday, August 24, at Wrigley Field. The start time is still to be determined. Fans are encouraged to retain their tickets from tonight’s postponed game to use for the rescheduled contest. No ticket exchange is necessary."

If you're going to the Cubs/Indians game at Wrigley tonight, or if you're planning to go that way to celebrate or watch the Hawks, know that it could be a wild one, with both games potentially ending at the same time. The Cubs have released this statement:

Due to tonight’s Game 6 of the Stanley Cup Final between the Chicago Blackhawks and Tampa Bay Lightning, the City of Chicago is preparing for additional traffic and congestion in and around Wrigleyville. Tonight’s Cubs vs. Indians game at Wrigley Field is scheduled to begin at 7:05 p.m., and gates will open at 5:05 p.m.

We encourage fans to use public transportation due to planned traffic restrictions. Vehicular access into the area within the boundaries of Grace Street, Belmont Avenue, Racine Avenue and Halsted Street will be restricted beginning at 8 p.m. Vehicles already in this restricted area will be allowed to exit.