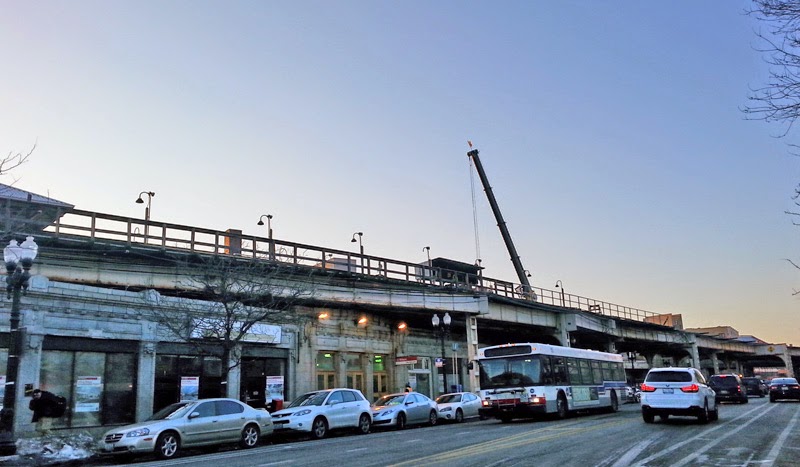 If you were anywhere around the Wilson Red Line station this weekend, you know the CTA was serious about getting its work done. Giant cranes, lots of workers, train announcements, air horns, and the constant beeping of heavy equipment going in reverse, round the clock. Trains bypassing the northbound stations in Uptown and Edgewater seemed to end earlier than expected, on Sunday afternoon.

Now we'll have about a year of track demolition and reconstruction, with temporary entrances to the station being built early next year, as well as a new platform.  The CTA says to add two to four minutes to your southbound commute times.
By Kate Uptown - March 08, 2015