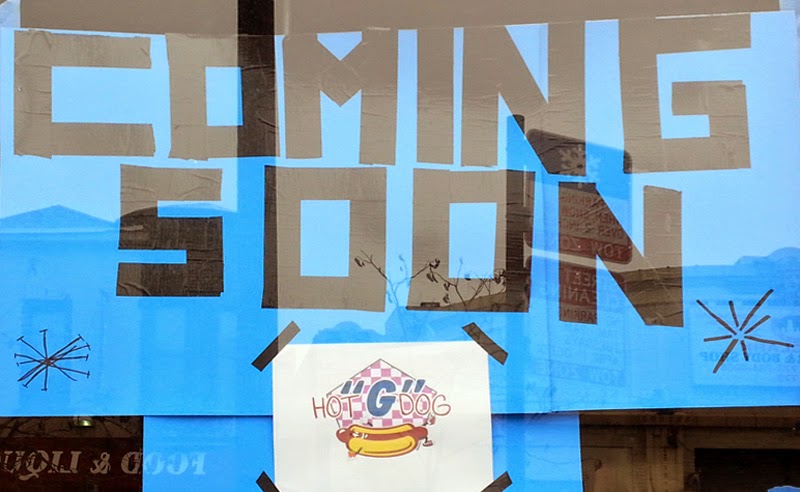 In the long-empty storefront at 5009 North Clark, where the ill-fated Himalayan restaurant Ne:Wa was supposed to open a couple years ago, it looks like a new tenant has leased the space.  According to a couple signs in the window, it will be home to "G" Hot Dogs.  We searched for a business license or building permit and came up empty.  If you know more, please put it in the comments.