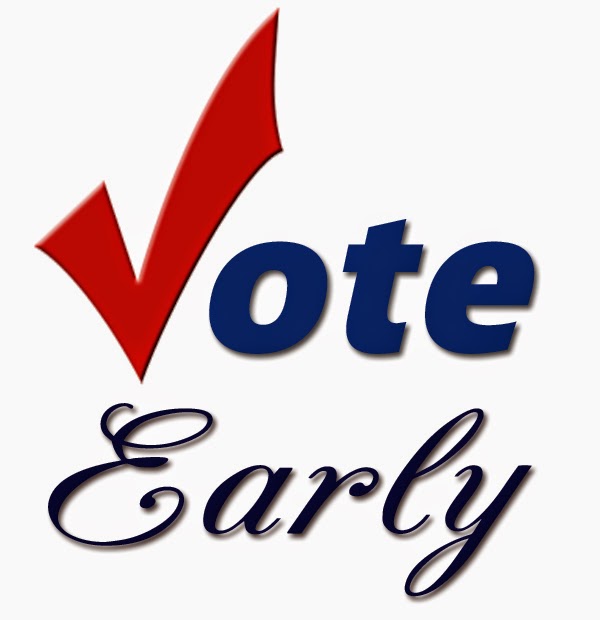 So we should all be really good at early voting by now, since we just did it last month, right?

Starting tomorrow (March 23rd), and running through Saturday, April 4th, early voting for the April 7th municipal election will be open all over the city.  No matter where you live, you can vote at any polling place you choose.  All polling places are open 9am-5pm Monday through Saturday, and Sunday 9am-3pm.

Why early vote?
A few things to remember about early voting:
So, choose a day you've got some free time, get out there to a polling place, and do your civic duty, you sexy ballot-casting voter, you.
By Kate Uptown - March 22, 2015