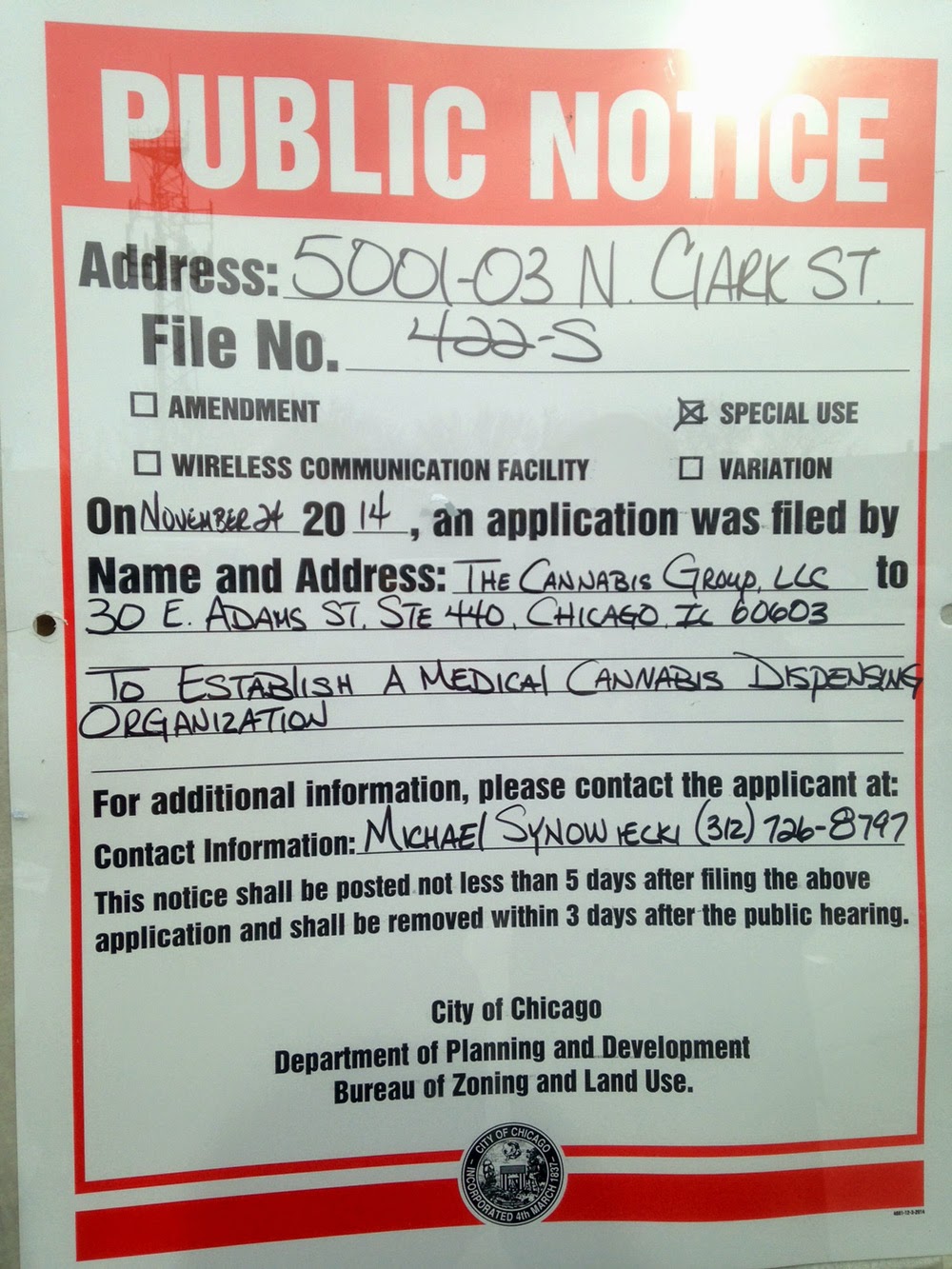 Yesterday it was announced that one of the dispensary licenses was awarded to The Cannabis Group, which is the group behind the proposed move into the storefront at 5001 North Clark.  They received a license for District 44, as did MedMar, Inc.

So it looks like The Cannabis Group will be dispensing medical marijuana, but not necessarily at that location, which is still requires a Special Use Permit to be approved.  Ald. Pawar has been holding community meetings about the matter.  Last month, WFCW Block Club gave its approval by a two-to-one margin.

The next meeting on the matter will be held tomorrow night at the Bezazian Library, 1226 North Ainslie, at 6pm, sponsored by the NUNA Block Club.
By Kate Uptown - February 03, 2015