New Rendering for the Redevelopment of the 3800 Block of Broadway 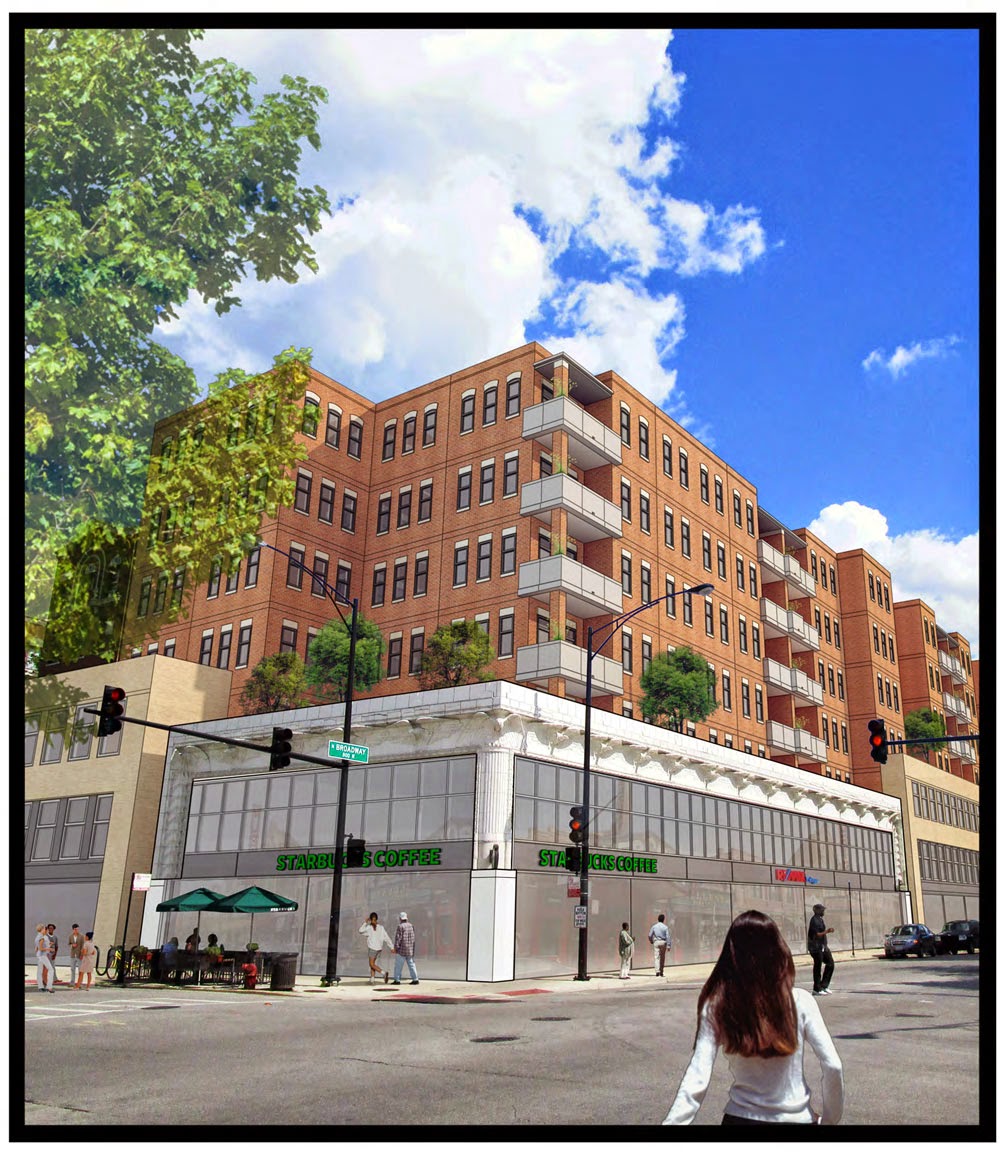 Ald. Cappleman's website shows the latest proposal for developer David Gassman's vision for the east side of the 3800 block of Broadway, including the "eagle building" at the corner of West Sheridan and Broadway (above).   This section of Broadway is across the street from Gill Park and the former Chateau Hotel building.

While this is a block outside of Uptown's southern border, it is part of the 46th Ward, and many Zoning and Development Committee members from the Uptown organizations will be giving feedback and voting on the proposal as it goes through the system.  The next meeting of the Z&D Committee will be on Monday, March 9th, at 7pm, at the Gill Park Fieldhouse, 825 West Sheridan.

Compared to a previous plan submitted in November 2013, this rendering shows a more streamlined version of the "eagle building" at street/retail level while retaining the much-admired terra cotta.  It also shows taller residential sections above the buildings (3817 through 3845 North Broadway) with more of a setback. You can check out the previous rendering here.

Another rendering submitted in December 2013 shows the eagle building and the buildings immediately south of it looking relatively as they do now, but a taller residential tower mid-block.  You can see that rendering here.

The most excellent Designslinger blog had a comprehensive history and photos of the Isaac G. Ettleson Building, as the eagle building is officially known,  but the site had a technological burp a few days ago and right now all its content has been lost.  We hope it can be restored, since Designslinger is one of the best and most fascinating resources out there for those who are interested in the history of Chicago's buildings.  The link is here, and right now it's dead, but it may come back.  As Designslinger says, who knows?

You can check out the Zoning and Development page on Ald. Cappleman's website for updates on projects around the 46th Ward, including this one.
By Kate Uptown - February 16, 2015