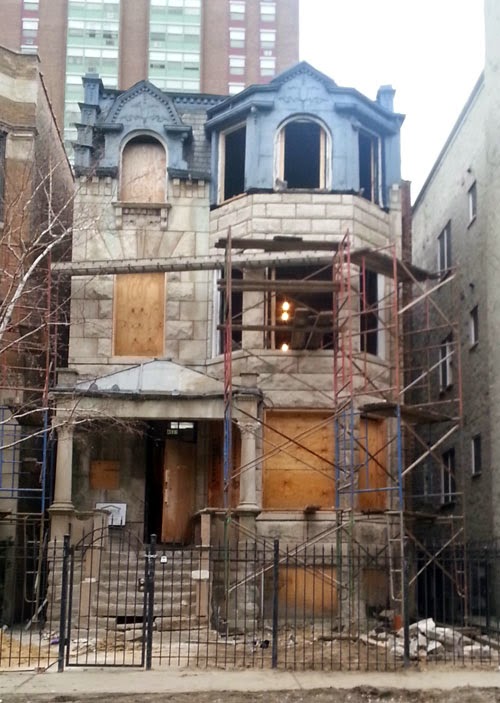 Looks like the vintage three-flat that experienced a horrific early-morning fire just over a year ago has a new lease on life.

Neighbors were awoken before dawn on December 5, 2013, when there was a massive response to a fire at the circa 1901 home located at 4631 North Kenmore.  The building had no tenants and was being prepared for a gut rehab when fire broke out on the rear deck and engulfed the entire structure.  There were no injuries, but the building was left heavily damaged.

In May 2014, the building was listed for sale for $400,000, with the stipulation that it was too unsafe to be entered and bids had to be received without a site inspection.

It ended up selling for $435,000 in July 2014, and a trip down Kenmore shows that it is secured and being restored. We're really happy to see someone give this century-old building another chance rather than knocking it down and starting from scratch.  We'll keep an eye on it to see how the rehab progresses.

Update:  As of January 2015, new windows have been added, adding a glamorous touch: 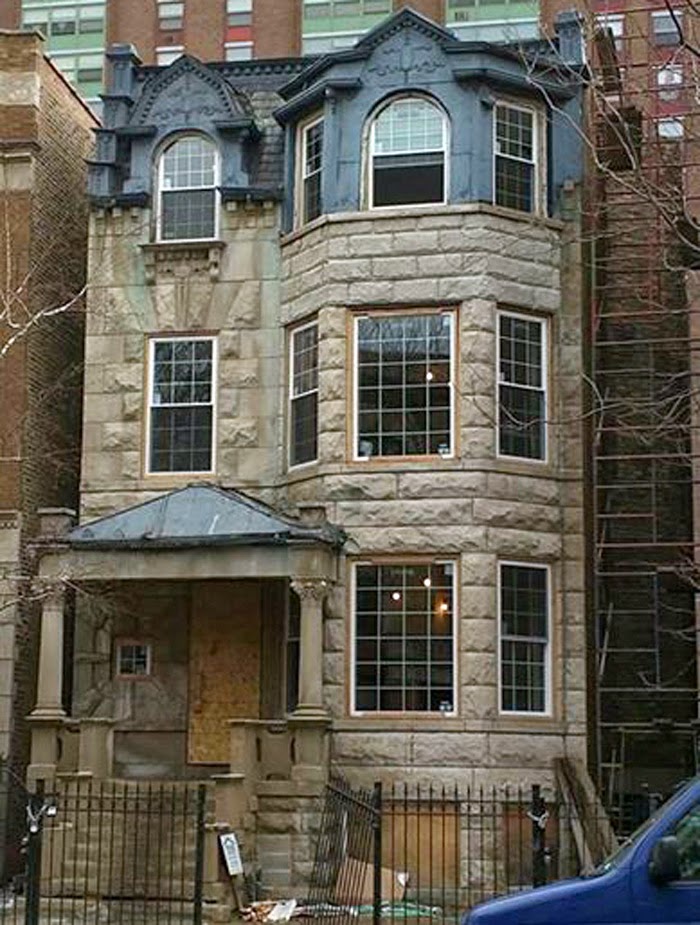