#TBT -- When Buena Park Was Barren 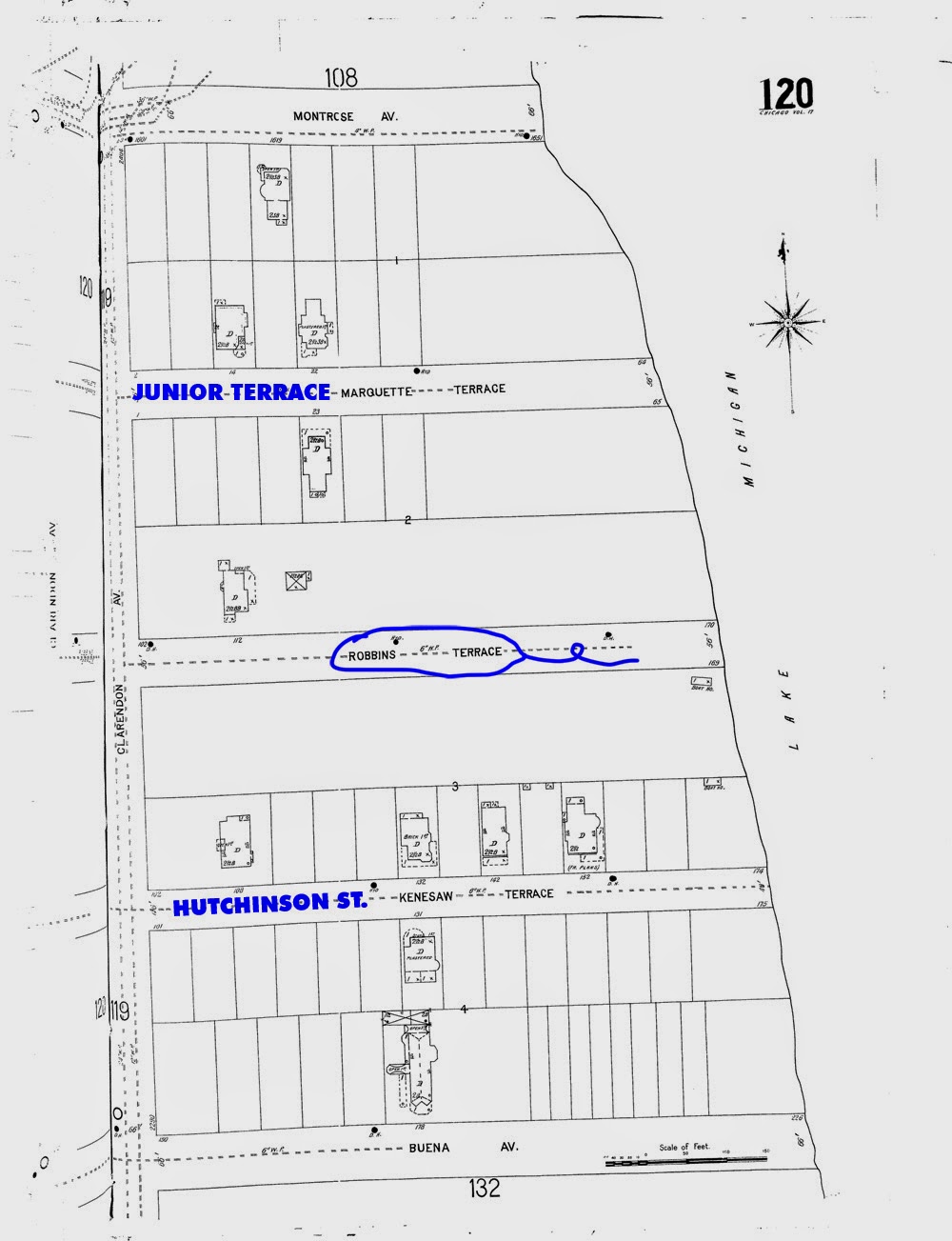 It's Throwback Thursday again.  Let's travel back in time to 1905.

One of the things that's striking about Uptown in the 1920s and 1930s is its density. But try to imagine Buena Park just 20 years earlier. Lake Michigan's shoreline was where Marine Drive is now. No golf course, no Lake Shore Drive, no park, no boat slips, no Montrose Harbor. No Marine Drive, for that matter. The name "Uptown" wasn't even being used yet.

This is how the area east of Clarendon between Buena and Montrose looked in 1905. Where Marine Drive is now were the sandy beaches of the lake. Where Brennemann School and Imperial Towers are now was a long-forgotten street, Robbins Terrace. Junior Terrace was called Marquette Terrace, and we know Kenesaw Terrace better today as Hutchinson Street.

But here's the most surprising thing:  In that whole area, which thousands call home now, there were exactly eleven residences.  Eleven!  Kenesaw Terrace was the most crowded, with four homes on one side of the street and one on the other.  If you wanted real privacy, you needed to move to Buena, Robbins or Montrose, which had only one home apiece.

And it is the home on Buena that today's #TBT will focus.  In 1899, Frank Lloyd Wright designed a mansion for John and Helen Husser at 178-182 Buena.  (Under the new street numbering system, that puts it roughly at 730 W Buena.)  It was magnificent:  two stories, 73' x 28' in size, with a lake view. The interior was full of leaded glass and mosaics.  The furniture was Prairie Style, designed by Wright as well.  You can read much more about it, one of Wright's true "lost masterpieces," at this website.


The home was sold by the Hussers in 1923, and unbelievably, demolished in 1924.  The Uptowners of the 1920s left us some great buildings -- the Uptown Broadway Building, the Uptown Theater, the Bridgeview Bank -- but they didn't have a lot of respect for the buildings prior to that era.  Remember that the Wilson L was once a Frank Lloyd Wright building, too, before it was demolished in 1922, to make way for the station that stands there today.