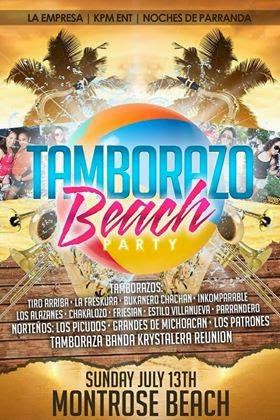 Now that the dust has settled, there's more information coming to light about the circumstances leading to the mob action at Montrose Beach Sunday evening.

There was a large music festival, Tamborazo Beach Party, that took place Sunday afternoon.  A reader says, "Mexican tambirazo party got out of control. Too much beer and no security. The party was announced on social media. A lot of attendees. It was all good times until the alcohol got the best of some people and the fighting started."

We have seen several videos of the event from someone's Facebook page. 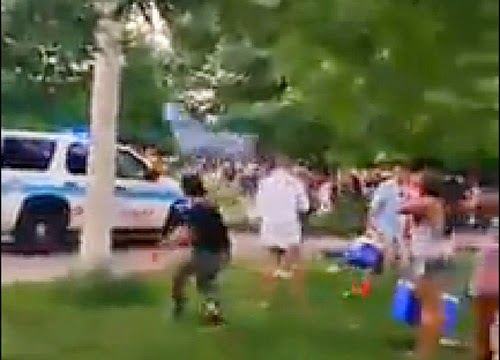 It's a good thing we're not cops because we don't think we'd have been able to exercise the same self-control these officers did, to continue driving while multiple people threw bottles at us.

According to the Crime In Wrigleyville blog, the first 911 call came in 6:50pm.  At 7pm, another call came in reporting a fight between 50 people.  Then a call at 7:38pm that there was a man with a gun near the bait shop. That triggered (pardon the pun) the massive police response shortly before 8pm that so many readers saw. Read CiW's report of the scanner activity as things escalated.  According to the story, there were nine arrests, four police officers injured, and at least one police vehicle damaged.

We wonder if the promoter of the event had the insurance required for all events taking place in the park, and why (if?) there was no security present, as is also required for park events?

We'd love to know the Park District's plans for ensuring that similar events don't spiral out of control in the future.

It all ended with the park being closed early, and people being evacuated.  What a shame for the law-abiding majority of people who went to the park on a lovely July weekend, and ended up getting thrown out because a crowd of drunken louts started acting like idiots. 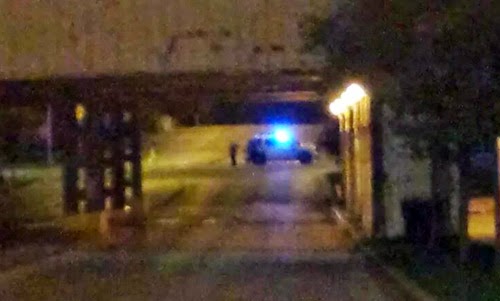 Update:  According to the Tribune, "The crowd had gathered Sunday evening for a concert but the bands didn't have permits to perform in the park, police said." Later in the story, it mentions four men in the crowd are charged with felonies for various attacks on police officers, and six other men are charged with misdemeanors.

Update:  There's another event planned this weekend by the same promoter, with no mention of what went on this weekend.  It's to take place at a bar directly across the street from McKinley Park.  Given how the Montrose Harbor music event went, it'll be interesting to see how it all shakes out.
By Kate Uptown - July 14, 2014