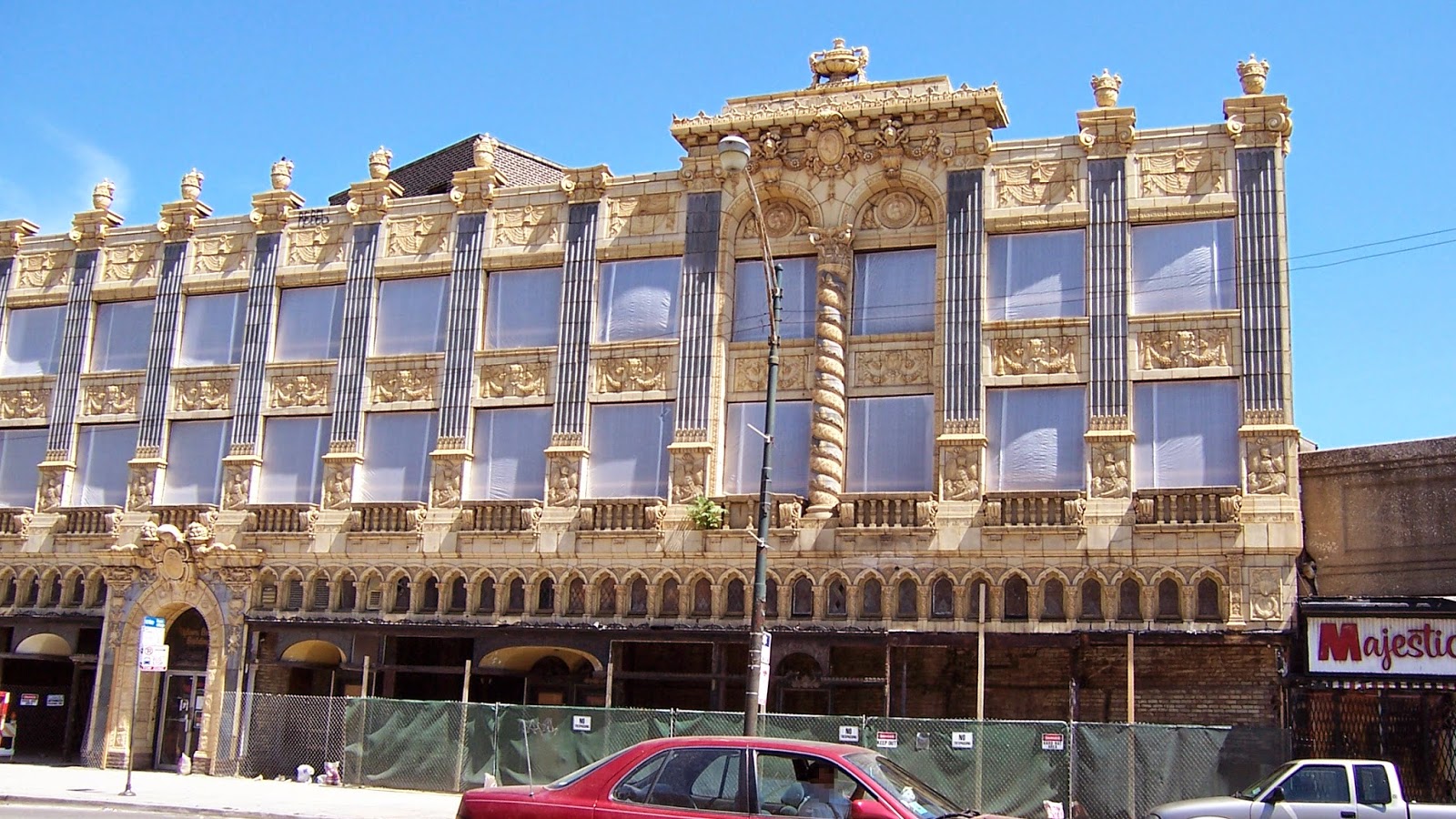 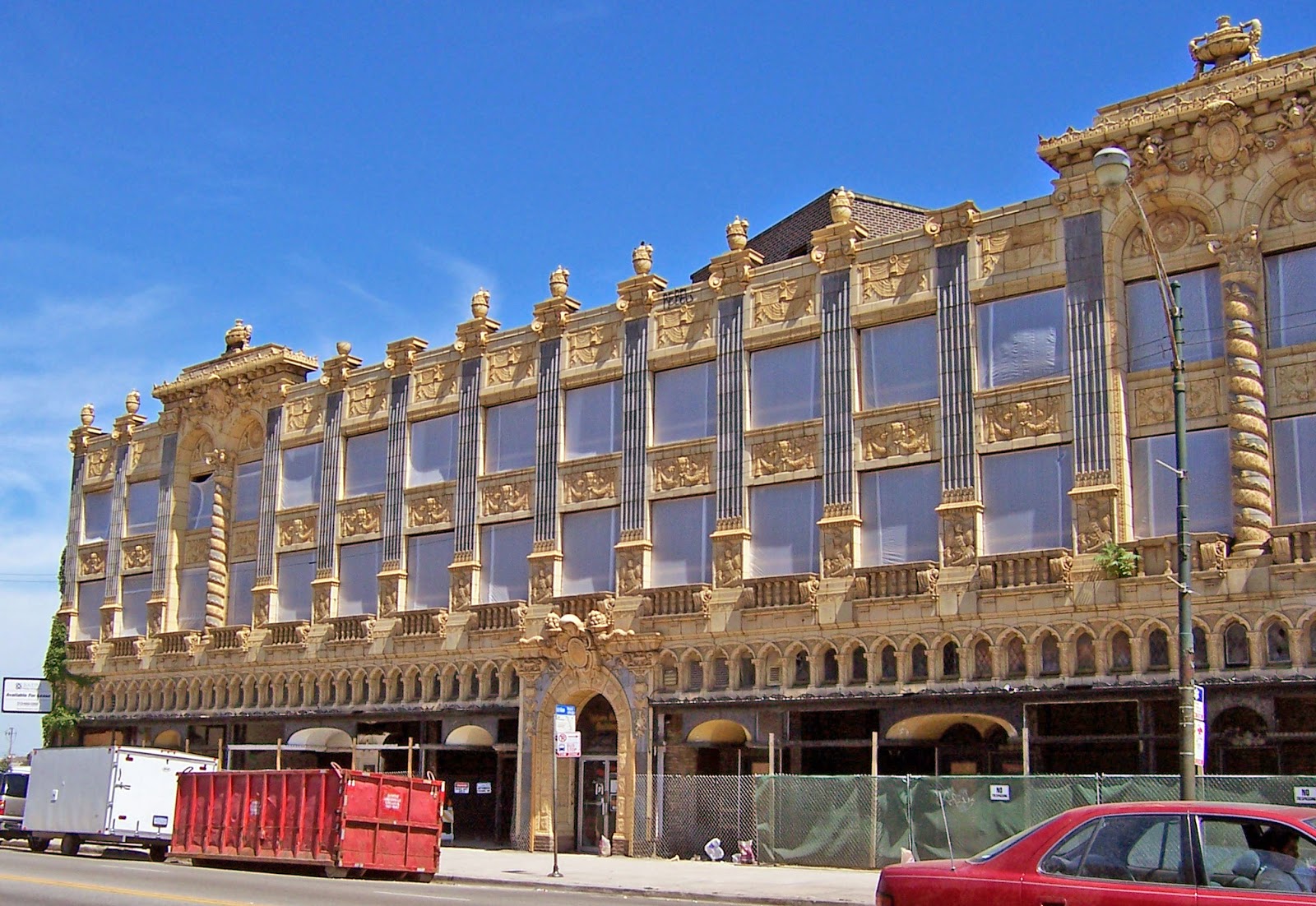 For Throwback Thursday, a look at the Uptown Broadway Building in August 2006, as its long restoration was underway.  The building had been a beauty when it was opened in 1926, but neglect and the neighborhood's decline took their toll.  Thaddeus Wong of @ Properties bought it in 2004 and began the long process of rehabbing it.  (Click on the photos above for larger, more detailed versions.)

At the time these photos was taken, about halfway through the renovation process, the ground floor had been completely gutted.  The gangs that used the building as a drug sales headquarters had been evicted.  The godforsaken glass brick windows had been removed, but the classic Chicago-style windows hadn't yet been installed.

There were still graffiti tags on the top floor, there were weeds growing out of the terra cotta balconies, and some of the decorative urns at the top of the building were missing (the original molds were later found in the basement).  But it was finally getting the TLC it had needed for years.

Due to the advanced deterioration of the building (you can read an article about how bad it was here), the projected finish date of Spring 2006 didn't happen.  Instead, the building was ready in Spring of 2008.  We'll say it again:  Thank you, Mr. Wong, for falling in love with this building and renovating it. Thanks for giving it back to Uptown.
By Kate Uptown - June 19, 2014