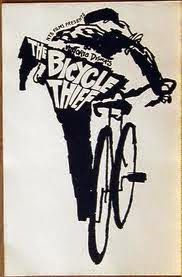 With the nice weather, out come the predators.  A reader tells us there've been bikes stolen from decks and porches in his area of Buena Park.  His email is below.  We've said it before, but it bears repeating:

The email from a reader:

"I live on Kenmore between Irving Park and Buena and there have been reports of bike thefts from people who use the alley between Kenmore and N Sheridan as their route.

This time last year I came home on my work bike to find my 3rd floor back porch door had been broken into. It's private and locks and I had a bike stolen.

Yesterday I came home from work and my landlady asked me to check on my bikes because she caught a couple of young men kicking in doors and stealing bicycles during business hours.

I asked her for something I could pass along and this is what she sent to me.

'At 5pm on a Tuesday, June 3rd, two males (early 20s, Latino) rode up on bikes in the alley.  They were checking out a bike that was on the 1st floor porch of our building.  When they saw me, they left, but kept coming back every 30 minutes or so to see if I was gone.  Later I saw them riding away, and one had another bike by his side that he was rolling away.

The next Tuesday, they came back and ended up removing a wood rail on the porch to get to the bike they wanted.  This is what they looked like:  one had light skin and long wavy black hair in a ponytail. He was about 5'6" and slim and had a very aggressive walk.  The other had darker skin, dark hair in a Afro, and and was slim, about 5'5".  He stayed in the back and talked on a cell phone, like he was the lookout.'"
By Kate Uptown - June 13, 2014