Fire On Winthrop This Morning

The good news first.  It's out.  All residents are accounted for, and everyone is safe.

There was a multi-alarm fire at 4721 North Winthrop this morning around 10am.  It's a three-story vintage building a few doors north of Leland (and Christopher House). 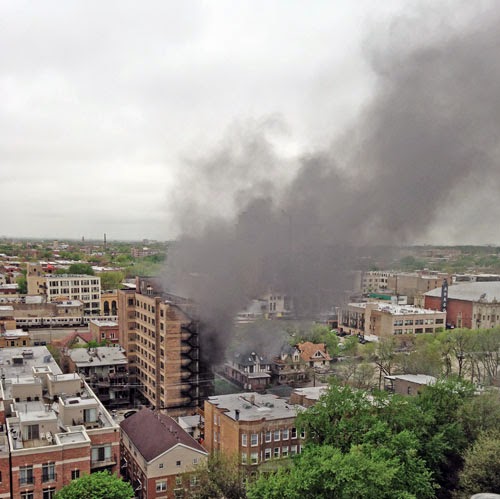 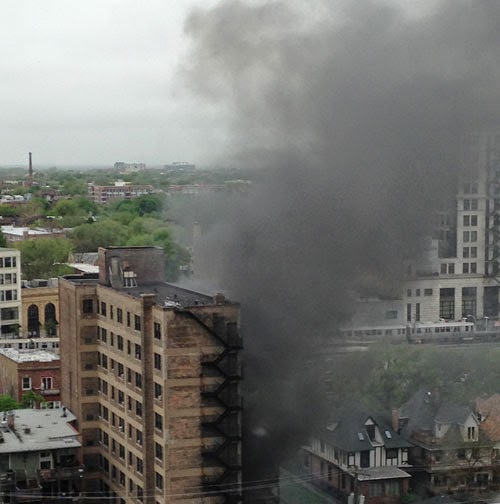 Ald. Cappleman, who lives just a block away, tweeted during it:  "Major fire at 4721 Winthrop. Residents say all accounted for. Will make plans with community to help displaced." 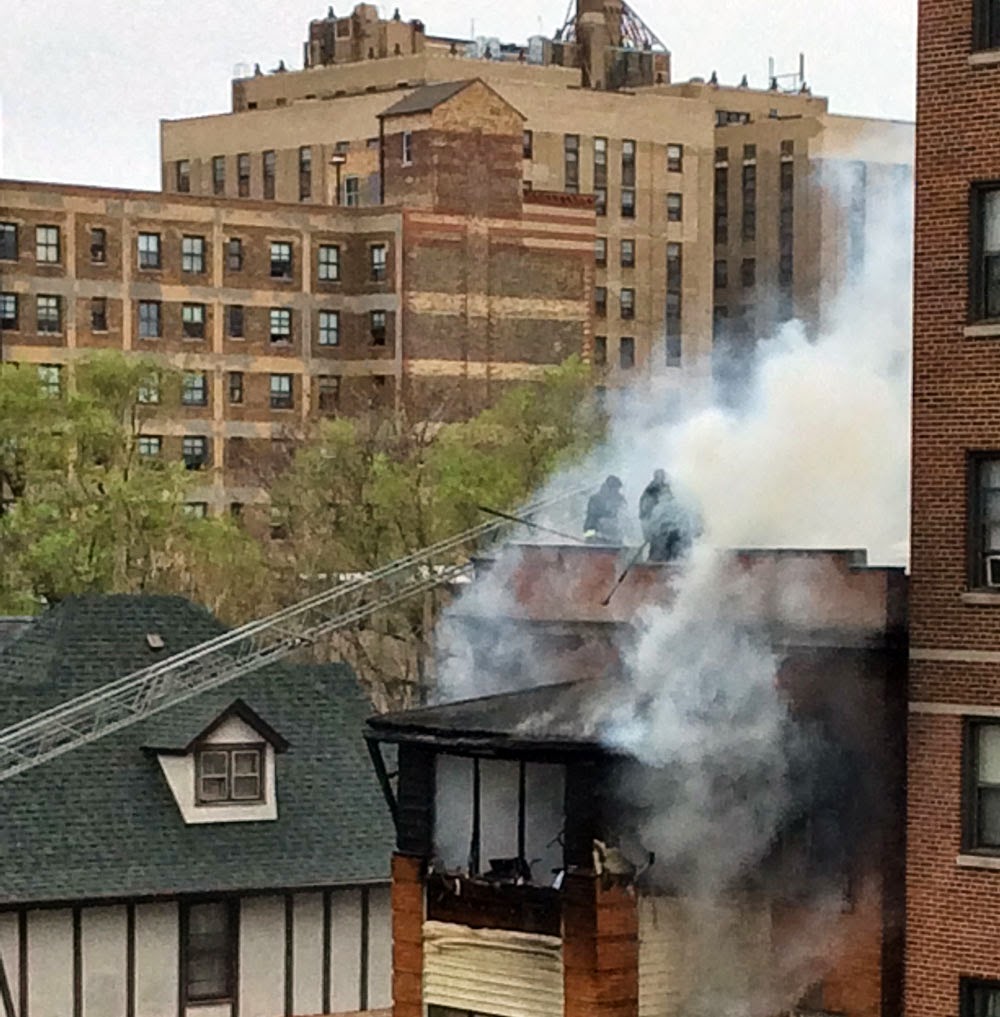 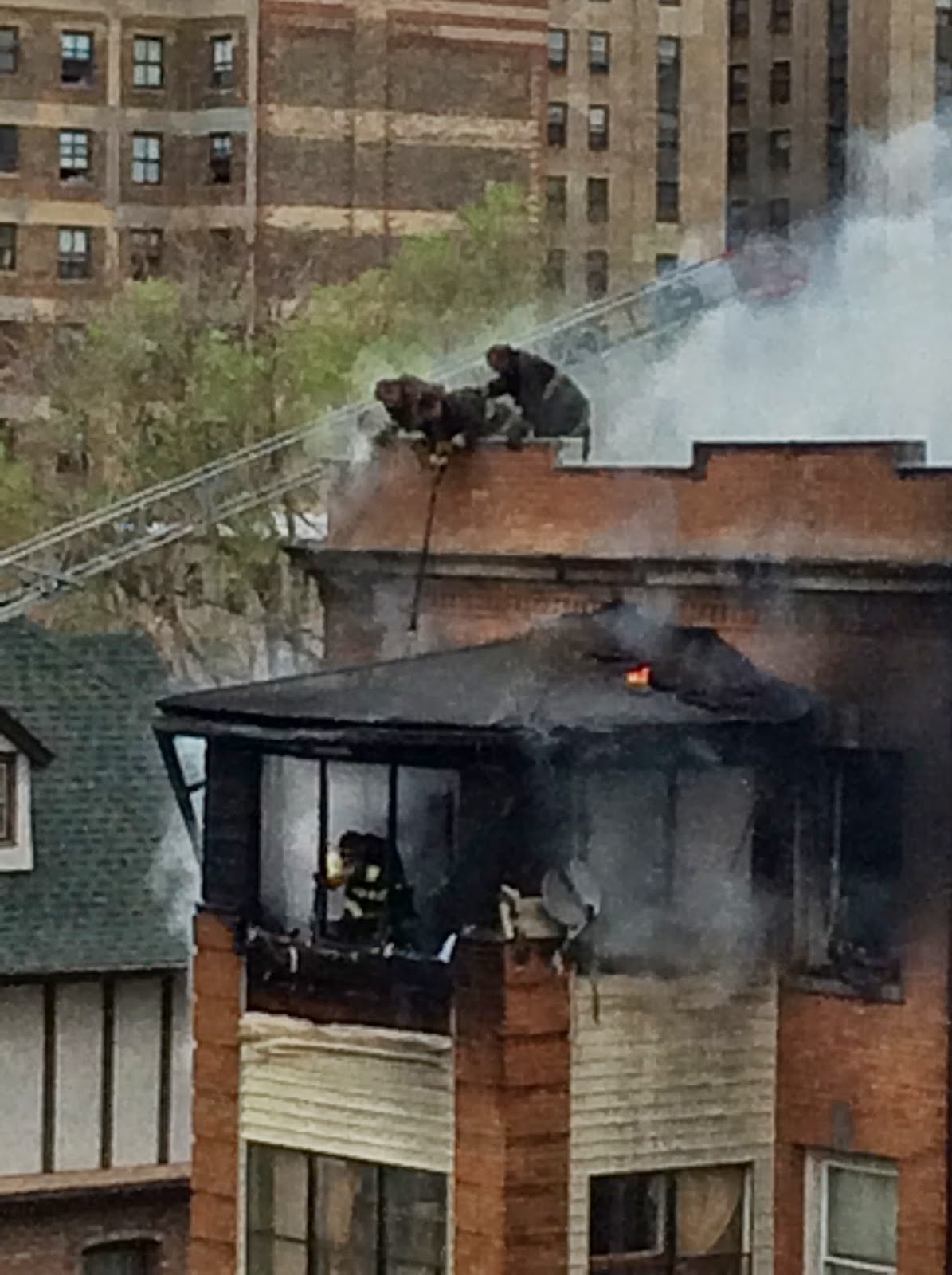 "Incredible work on part of firefighters. Witnessed them on the roof of 4721 Winthrop when top floor fully engulfed on flames." 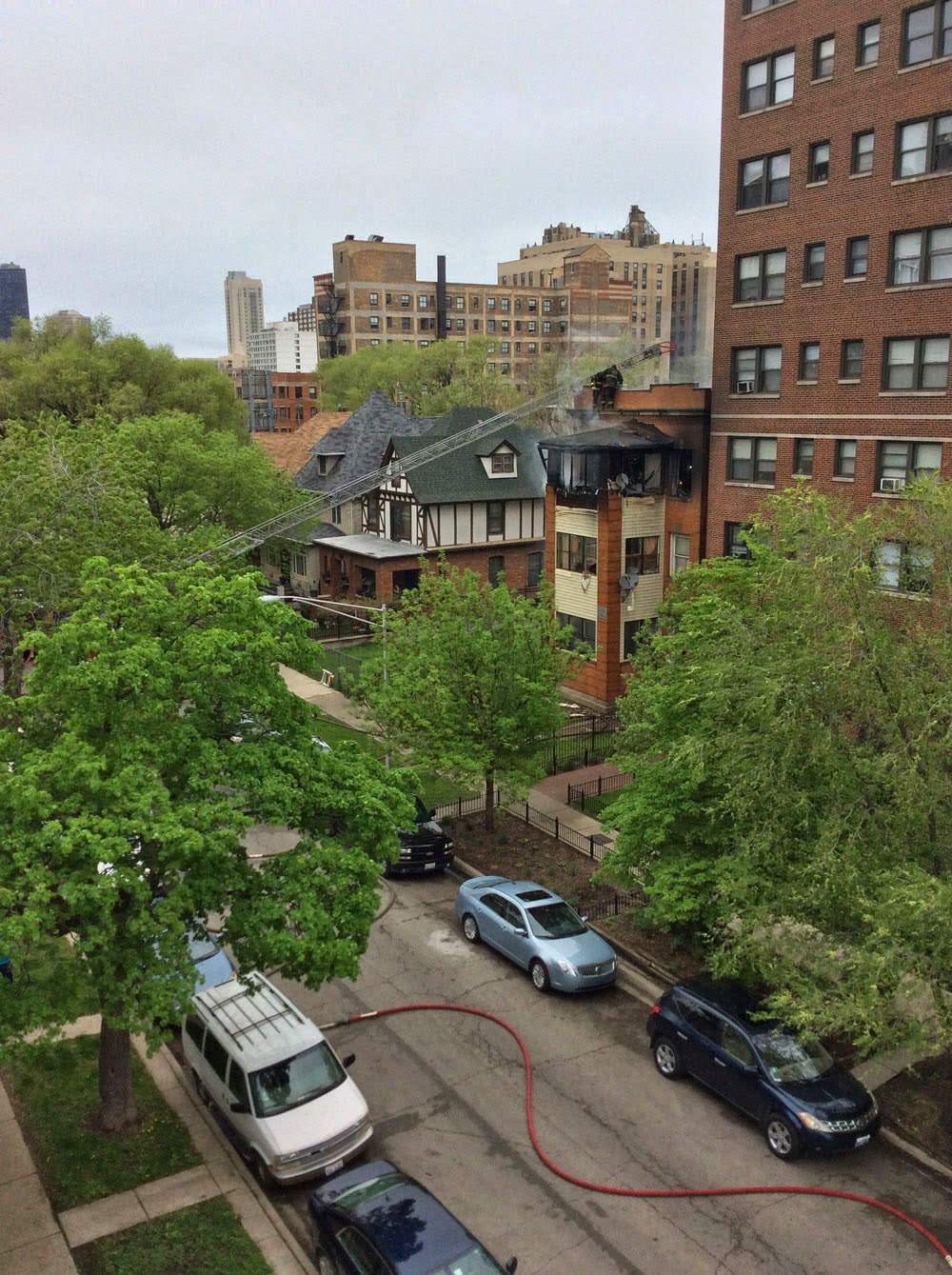 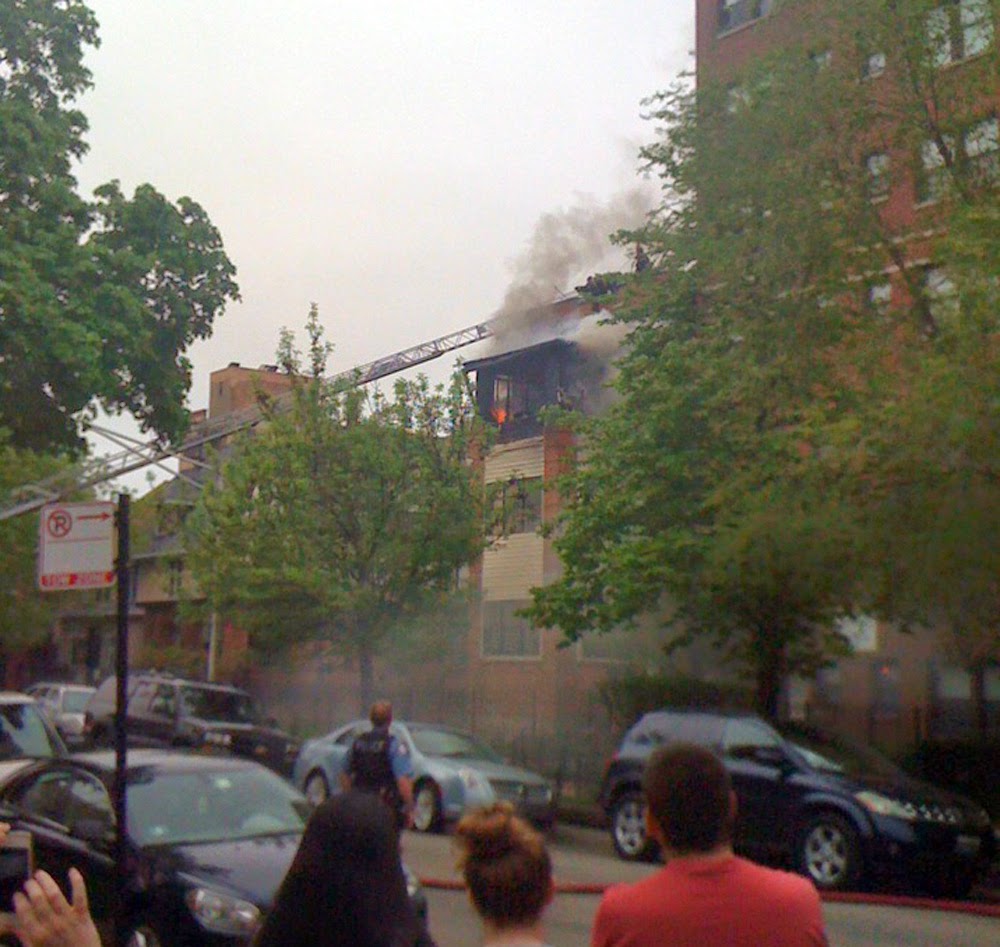 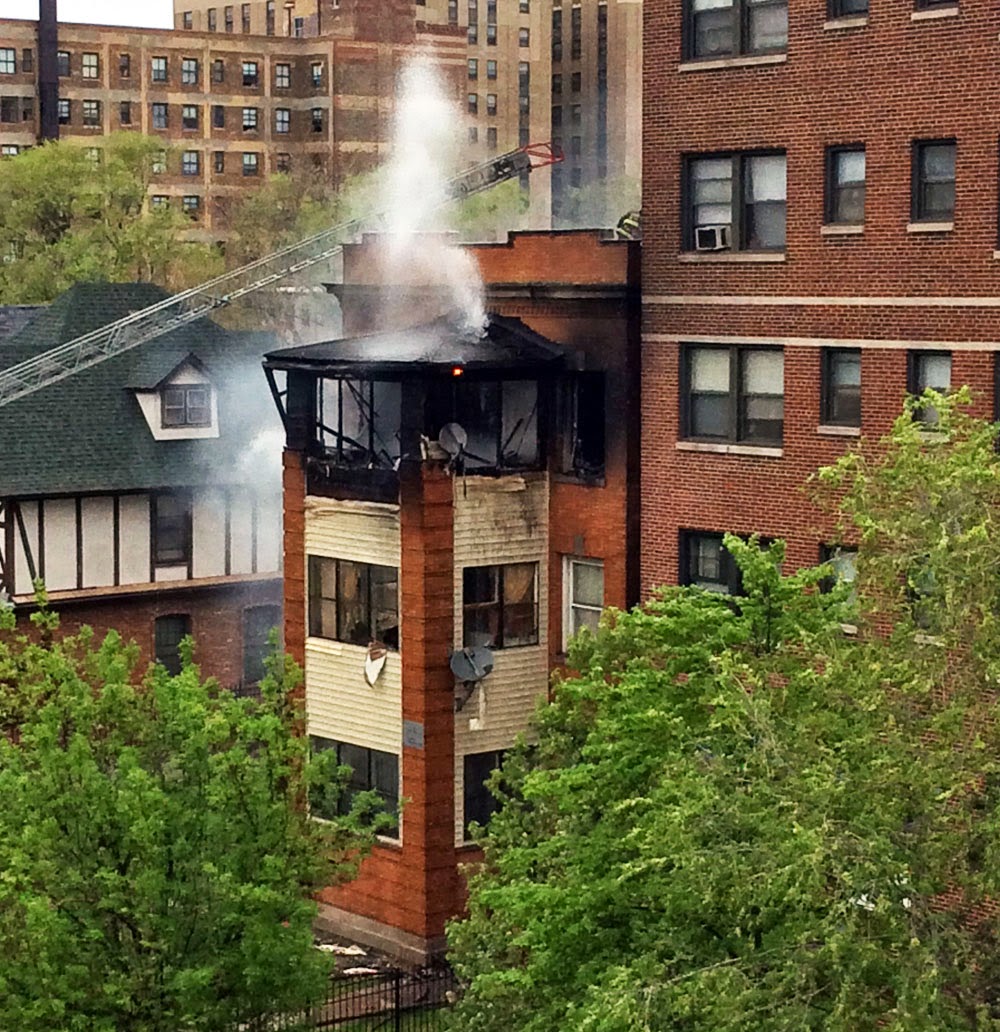 "Just spoke with family members, who have relatives in area. Will organize list of needed items and organize drive to help them out."

As usual, thank you to our incredible readers who shot these photos and let us know what was going on, with particular appreciation of MG and JM.  No cause of the fire has yet been determined.  A witness says there were popping noises, like firecrackers, which may have been windows popping during the heat.

We're so grateful no one was injured.  (You can click on the photos for larger versions.) 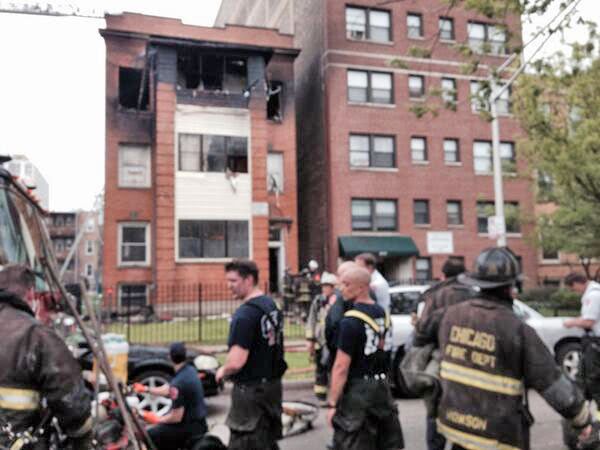 The CFD put the above photo on its Twitter feed, saying, "4721 north Winthrop. Still and box now out. Fire on three of three story 25x 100."  We're grateful they were here, and so brave.