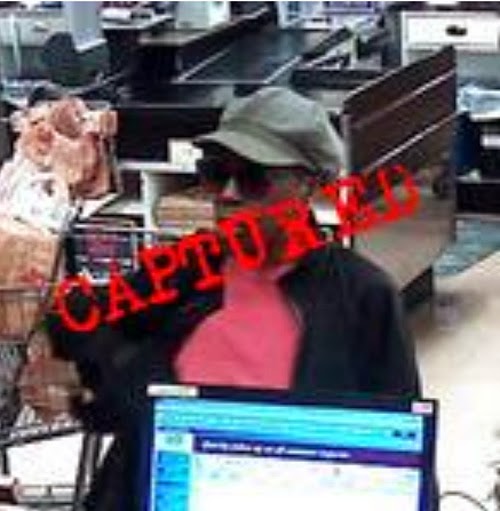 Two TCF/Jewel robberies in Lakeview, one in Uptown, and two in Edgewater:  This may be the end of a ten-month spree for the so-called "Shady Lady" bank robber.

Irene Carrera, age 51, lives in the East Chatham neighborhood on the South Side, and had been in police custody for an outstanding warrant for shoplifting.  A police officer noticed her resemblance to photos of the bank robber.  They checked with her boyfriend, who confirmed that the photos were of Irene Carrera.  He told police she has a cocaine and heroin addiction, and receives Social Security benefits due to mental health issues.  Ms. Carrera was charged with one bank robbery, with more charges possibly coming.  She is being held without bond.

Clothes and sunglasses similar to those worn by the Shady Lady were found at her apartment.

You can read more in the Tribune and in Crime In Wrigleyville.
By Kate Uptown - April 04, 2014