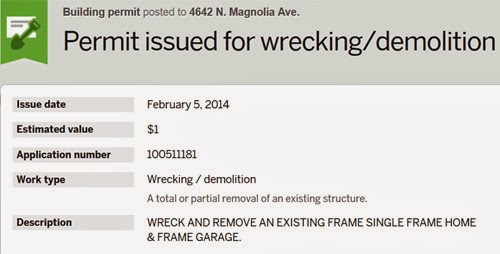 It appears that the efforts to save the 1896 home at 4642 Magnolia have failed, as Everyblock reports that a demolition permit for the house and garage was issued last week.  We feel it's a pity to lose a piece of Sheridan Park history, but the house's advocates made every effort to save it. Because the city's landmarking division declined to protect the house, and apparently no offer to buy it was accepted, it's the owners' prerogative to wreck it.

Under current zoning, the owners have the option of leaving the current home standing; selling it; demolishing it and building another single family home; or demolishing it and leaving an empty lot.  It looks as if they've decided to demolish it, unless the permit is simply a way to keep their options open.

Update:  As of this morning, demolition is underway.  You had a good run, house, existing for parts of three centuries.  Farewell. 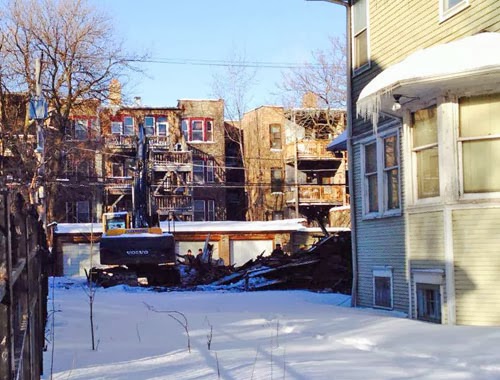 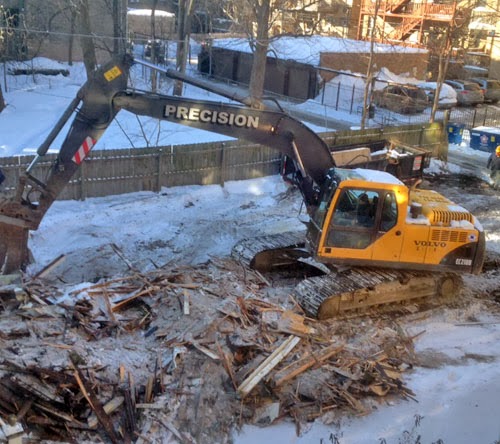 Update:  And there goes the house. 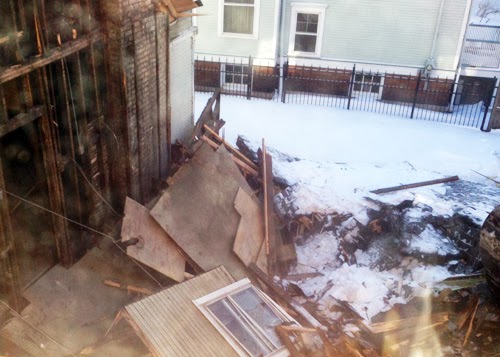 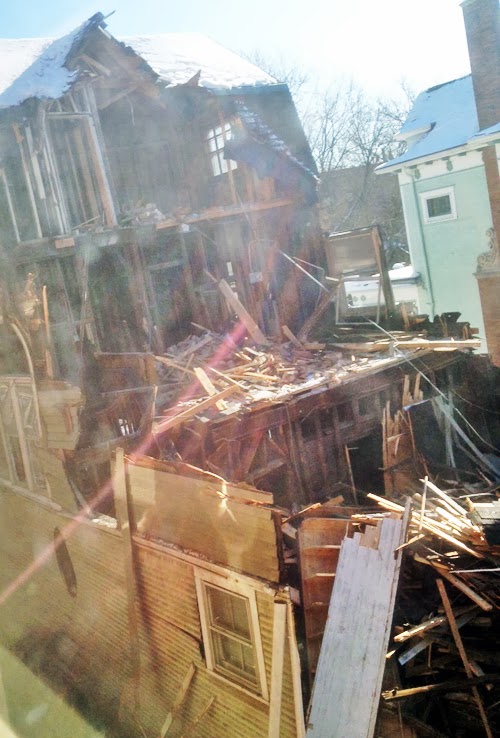 Update:  All that's left as of noon:  rubble. 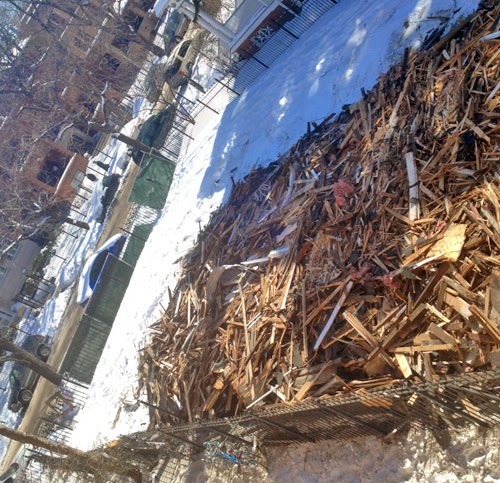