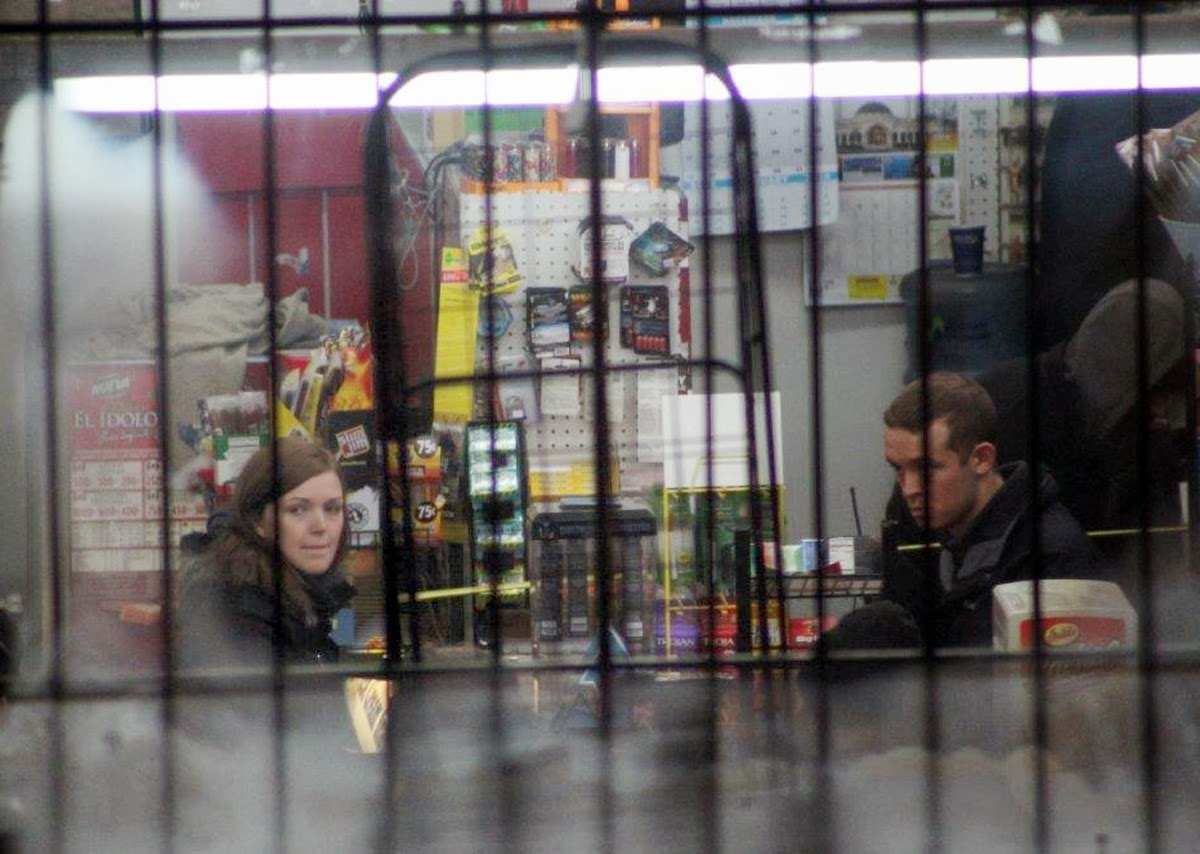 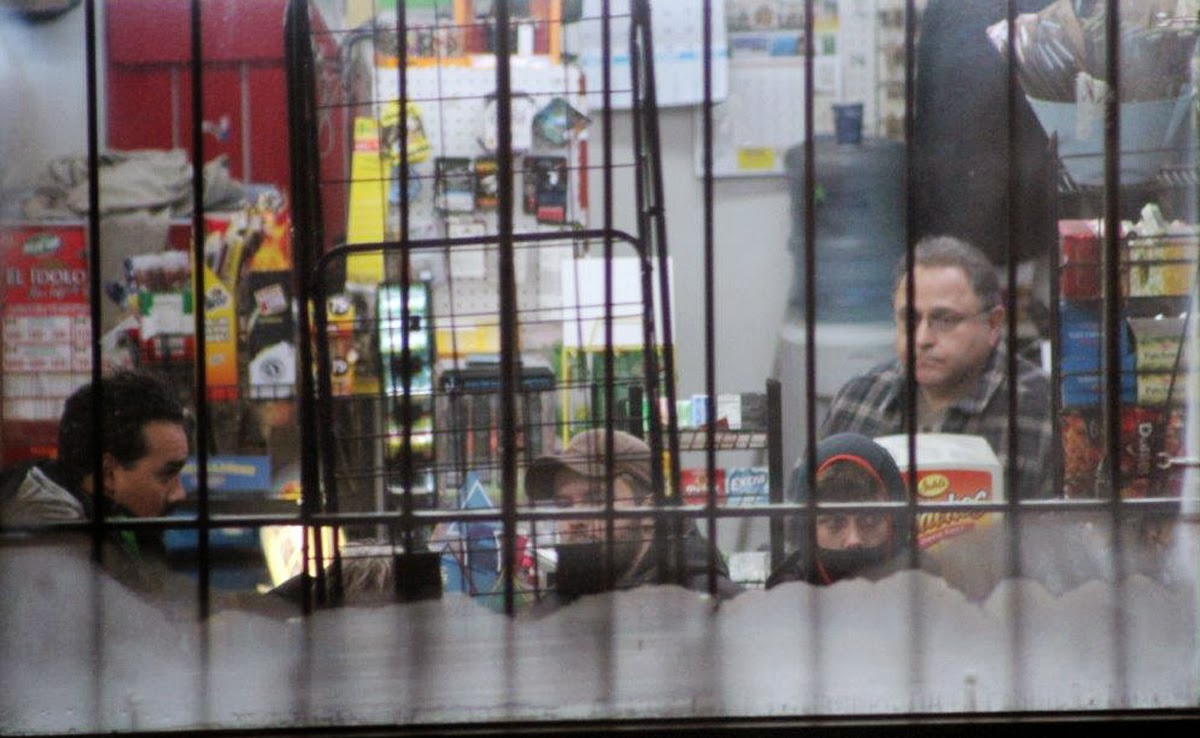 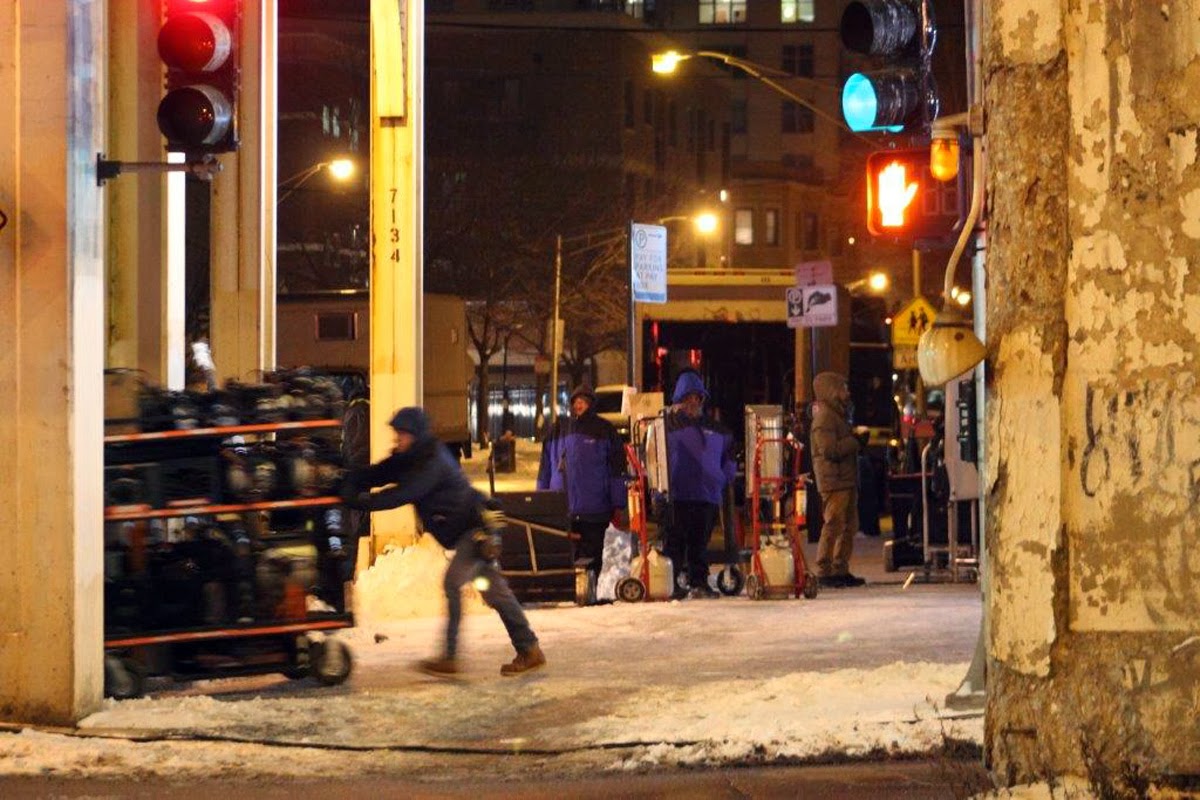 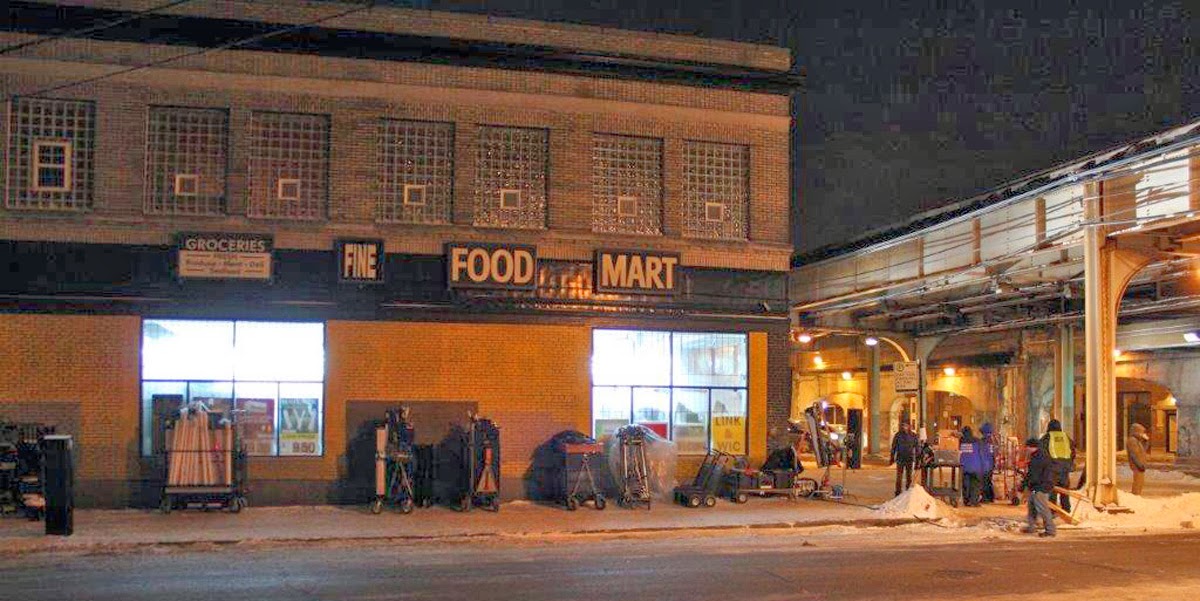 Thank you so much to our reader JM, who braved the cold to get lots of photos of yesterday's filming of Chicago PD at Dalia Food Market, at 4661 N Broadway.  While the store was closed all day, they didn't start bringing equipment over until around 1:45 in the afternoon and didn't begin filming until the evening hours.

They didn't start filming at the Fine Food Market until about 8pm.  It is 9pm and they are still filming. Looks like most of the acting is happening around the cash register inside.  They will be wrapping up there shortly and headed to an area behind the Borders Building."

Click on the photos for larger versions.  The episode is tentatively scheduled to air on April 2nd; it is Episode 11 of the season.
By Kate Uptown - January 23, 2014