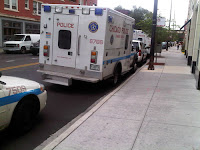 Many of us remember the puzzling, disturbing murder on Labor Day weekend in 2012 of Yolanda Holmes, the owner of Nappy Headz Salon.

Ms. Holmes was killed in her Wilson Yard apartment on Montrose in the wee hours of the morning on Sunday, September 2nd.  Known for being gregarious and generous, Ms. Holmes was stabbed and shot by a home invader.  She left a sister, a 22-year-old son, and many grieving friends. 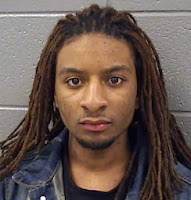 Today the police revealed three suspects have been arrested and charged with her murder:   the killer, his accomplice, and the person who hired them to murder Yolanda Holmes -- her 22-year-old son, Qawmane Wilson.

Eugene Spencer, 22, is charged with committing the actual murder; Loriana Johnson, 23, is charged as his accomplice and getaway driver; and Qawmane Wilson, now 24, is charged with arranging the murder of his mother to get her $90,000 bank account and two life insurance policies.  All of them live on the South or West Sides, all have reportedly confessed, and all are behind bars with no bond.

When Ms. Holmes appeared at the opening of Target Wilson Yard in 2010, she stood next to the mayor and "said she and her children 'now have a safe and stable home.'" Heartbreaking all the way around. We can't imagine the pain the rest of her family and friends are going through with this news.

More details in the Tribune and DNAinfo.
By Kate Uptown - December 24, 2013