The Next Phase For 4520 Beacon Begins 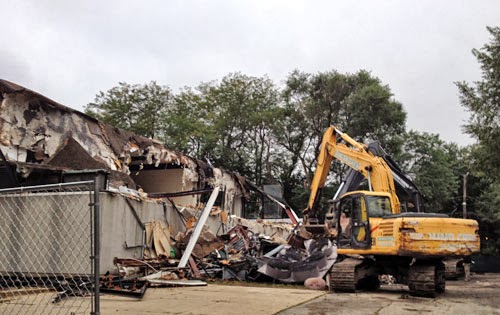 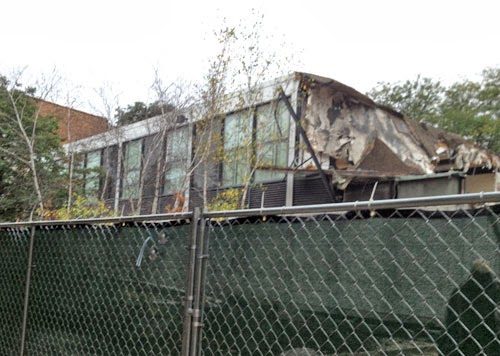 Several neighbors have let us know that the razing of 4520 N Beacon is underway.

In the mid-1960s, Jane Addams Hull House Association acquired and tore down some derelict residential properties (see below) to build the Uptown Center.  It became home to many programs over the years, including a small business development center, After School Programs, Domestic Violence Counseling and Advocacy Programs, ESL Classes, and Head Start Preschool.  We, like many Uptowners, mourned its abrupt closure in January 2012, when Hull House declared bankruptcy and went out of business (some say due to over-reliance on government funding and not enough on private donors). 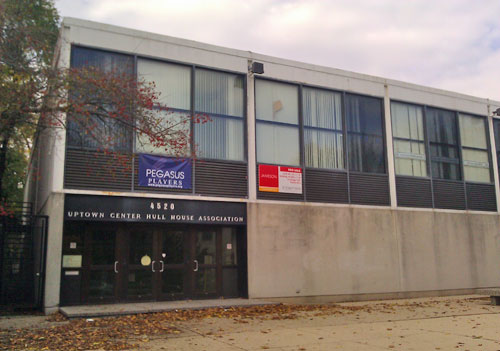 The new building itself was never much-loved by the community; its architectural style was described as "Miesian/brutalist" and its appearance never quite fit in on an otherwise residential block.  Its Leo Lerner Theater was the home to Black Ensemble Theater for many years, and then to Pegasus Players for a couple years after their long residency in the Truman College theater.  (BET moved out and built themselves a better theater a couple blocks away, which opened in November 2011.)

The building was put up for sale by Hull House Association in November 2012 and was purchased for close to a million dollars by David Gassman for the purpose of returning it to use as residential property.  There was a movement to save the theater in Spring 2013, but there was no official interest in landmarking the building and not enough money was raised to buy it, so developer Gassman's plans to convert it to residential units remains intact.  The Reader has a nice article describing the efforts made to save the theater at the eleventh hour.

Pegasus Players, which called the theater home for the last couple years, and has a long and beloved history in Uptown, was reported by DNAinfo to be working out a deal with National Pastime Theater to partner with it in the Preston Bradley Center on Lawrence, in a recently rediscovered theater space.  We very much hope that happens, because we love Pegasus and have for decades.

The plans for the adaptive reuse at 4520 N Beacon mean keeping the building's footprint intact, and preserving the rear sunken garden, the parking lot next door and the front and side setbacks.  Eight feet will be added to the height of the building, bringing it from 30' to 38' tall.  It will contain 24 market-rate rental apartments.  You can see what the plans look like here, on a link from the 46th Ward's Zoning & Redevelopment Committee's webpage.

We look forward to seeing what the next incarnation of this property looks like.
By Kate Uptown - September 20, 2013