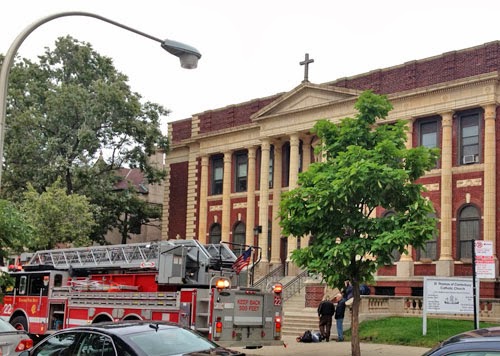 Readers reported that the students were evacuated and there were emergency responders at St Thomas of Canterbury this morning between 8am and 9am (on Kenmore north of Lawrence).

Turns out that there was a small fire on the second floor.  A reader sent us the photo above and reports:  "Witnesses say it was extinguished within 20 minutes. The students and churchgoers were evacuated and nobody was injured." Good news! We hope the damage was minimal.
By Kate Uptown - September 20, 2013