Update: A reader writes that "Just got off the phone with the alderman's office, this is just a temporary replacement until the terra cotta is completely restored. They (JAM) didn't want to leave the area bare for a long time." 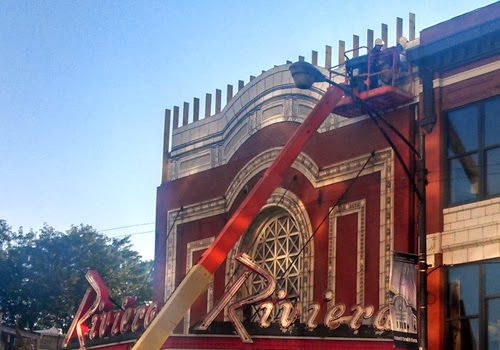 We admit it, we got spoiled.  With so many beautifully done, painstaking building restorations at and around Lawrence and Broadway, we figured the rebuilding of the Riviera Theater's facade would measure up to and stand proudly next to:
So we have to say that the photo and information we got from a reader today regarding the Riviera's facade left us feeling a little .... flat.  A reader sent in the photo above and says:


"The workers have installed the new façade at the Riviera Theater.  It's not real brick or terra-cotta.  It's a paper or plastic wrap designed to look like the original."

Say whaaaaa?  Are we in Vegas, or Frontier Town at Universal Studios? 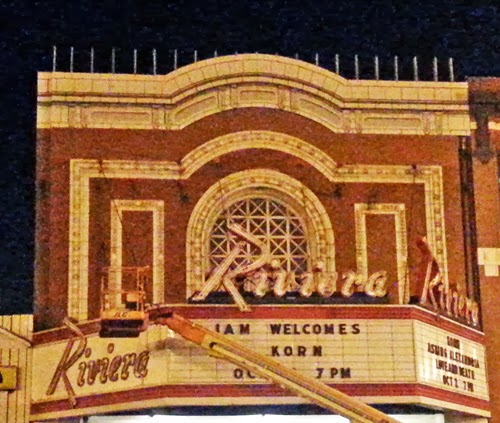 We went by to take a look.  Seriously, it looks good -- really good -- from street level.  We couldn't tell that it was a replication instead of the real thing.  But if you compare this photo from May 2008 (below), you can definitely tell things are a lot less 3D than they used to be. 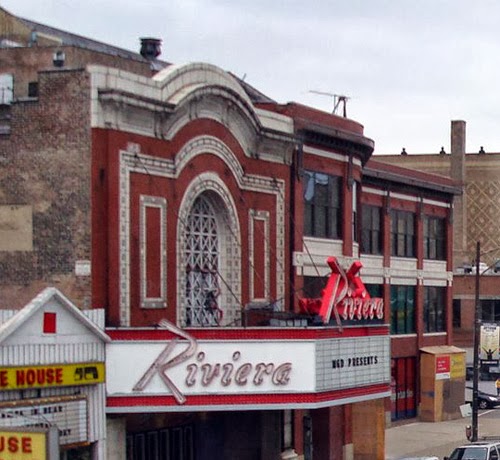 So, no more diaper on the Riv.  The facade has been rebuilt, and it's presumably safer and complies with building codes.  To the casual observer, it looks like a complete restoration.  That's all good news, very good.  We are happy to see the Riv's facade whole and secure again.  Our two concerns with the way it's been done: