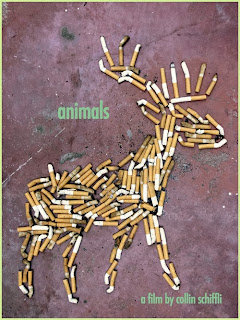 Former Uptown resident, actor David Dastmalchian, spent much of September in town filming his independent film, ANIMALS, with the assistance of Uptowners, who rallied to help.  He has a message for us:

"On behalf of the producers, director, writer, cast and crew of ANIMALS - we would like to extend a very special thanks to the entire community of Uptown Chicago!

It has been an amazing experience and we couldn't have done it without the help of so many amazing people who showed up, donated or otherwise helped our film.  We plan to return as many times as possible to shoot in this incredible part of Chicago.

Special thanks to Jay Michael and Flats Chicago for supporting our project and allowing us to film in their locations.  As well, much gratitude to The Uptown Chamber of Commerce, Alderman James Cappleman, Mary at Sheridan Park Food & Liquor, Ric Addy at Shake Rattle & Read, Baker & Nosh and many more!